For those of you who don’t know, we are from Seattle–so we got really excited when we saw Chris and Traci’s engagement session! Even though they are from LA, they flew into Seattle for their pictures, and shot at some great locations. White Haute Photography did an amazing job!

Chris and Traci started at Gasworks Park, which is a unique public park that contains the remnants of an old coal plant (if you think you recognize it, it was in 10 Things I Hate About You and the Amazing Race). 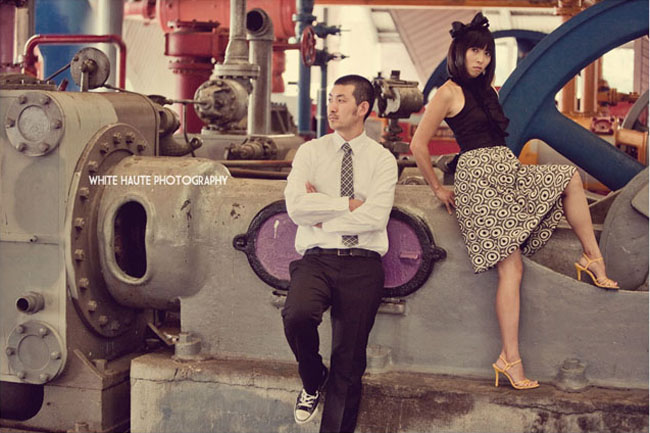 They brought along some big red balloons, which are significant because that’s how Chris proposed to Traci–literally, inside a giant red balloon! Here’s the story: Chris wanted a unique way to propose to Traci, and he knew she loved art, galleries, and exhibitions.  So he arranged with a friend of hers who worked at an art gallery to set up a fake exhibition called 99 (RED) Balloons, in which there was a giant red balloon that everyone was to sign in support of the Product (RED) campaign. Traci and her friend arrived at the gallery and her friend told her to sign the balloon with a marker that had been sabotaged with a needle at the tip. Meanwhile, Chris was waiting patiently inside the giant balloon.  As soon as Traci pressed the pen to the balloon, it popped and there was Chris, on one knee! Isn’t that an awesome, unique proposal story? 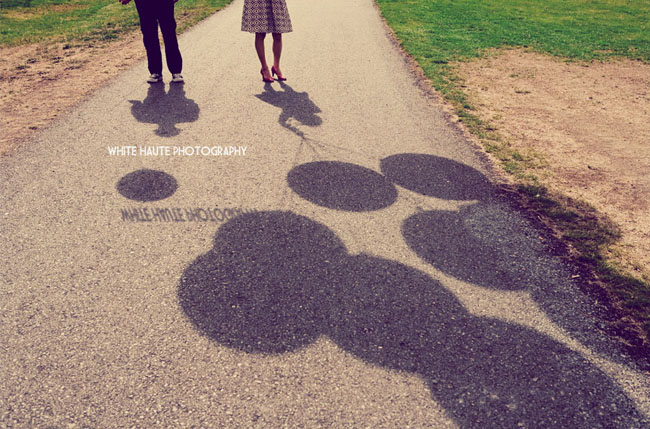 After having fun with the balloons, they headed to downtown Seattle, armed with sunflowers! 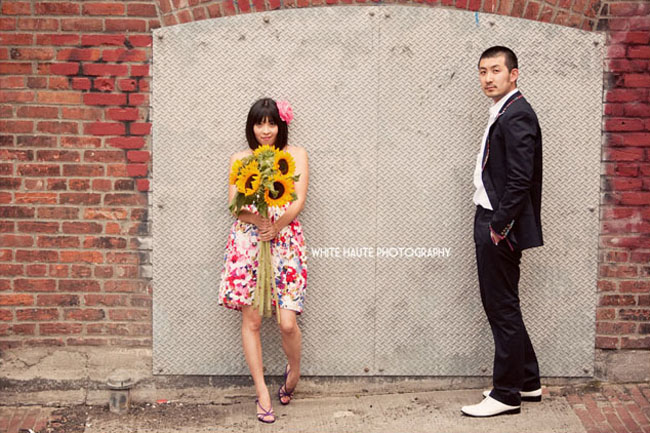 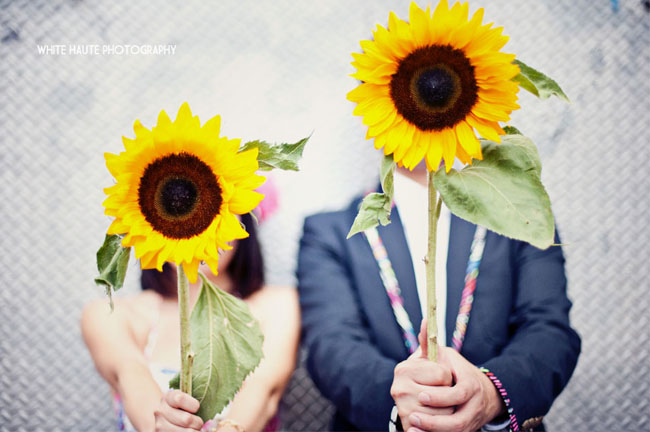 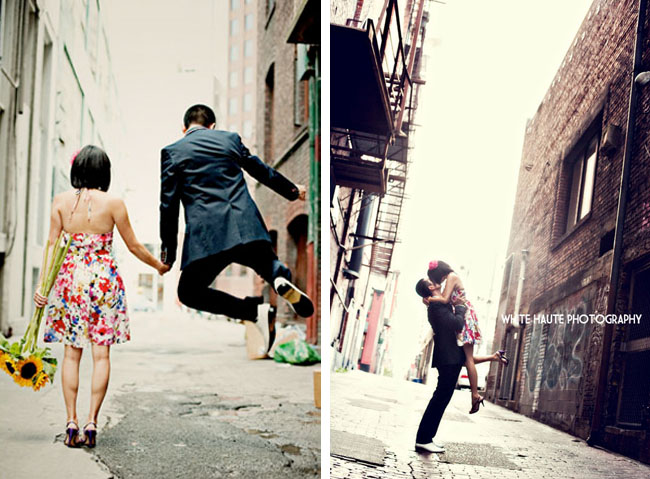 We love these two shots in the alley. 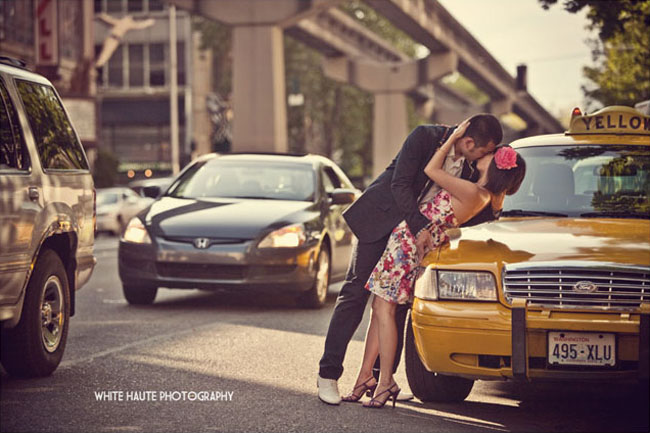 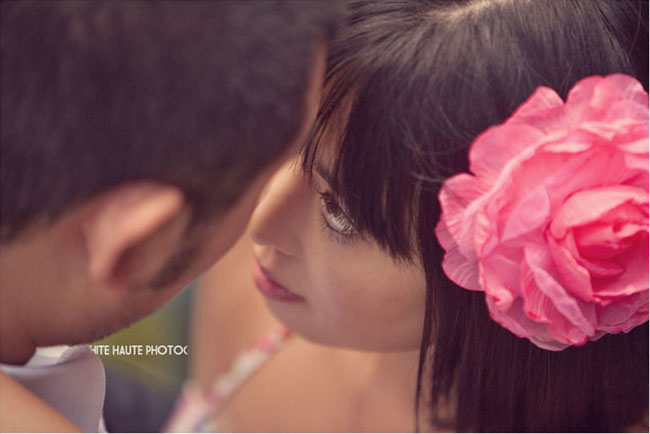 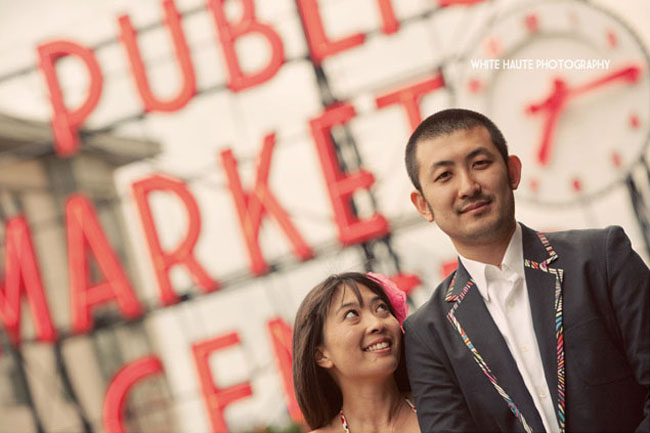 Thanks again to White Haute Photography for sharing these photos! We will be featuring Chris and Traci’s wedding tomorrow so be sure to come back for it. Also, if you’d like to see more of their engagement session, click Part 1 and Part 2!

Engagement Session Picnic in the park with Strawberries 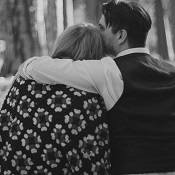 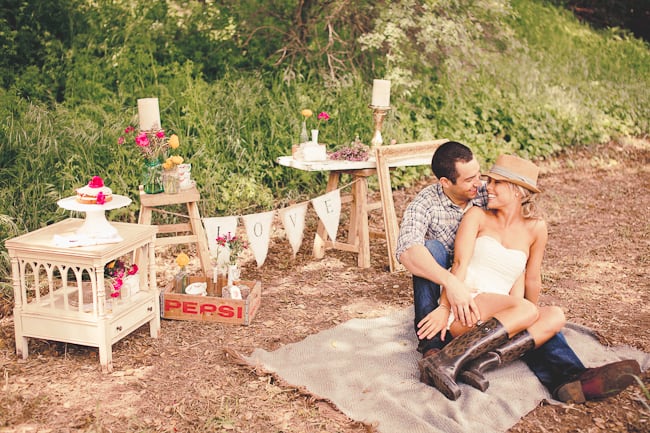