Today we will be sharing with you a a thrifty DIY wedding. The ceremony was held at a little plaza square that the bride and groom like to frequent on their bikes. They had to flash mob the plaza because weddings aren’t allowed. I can only imagine the scene that spectators would have had with people coming out of nowhere, and all of a sudden a wedding is taking place!

Bride’s Comments: “A LOT of our wedding was DIY. I planned the entire thing in just over 2 months. I was completely inspired by our love for succulents, I looked at a bunch of ideas online: ‘centerpiece ideas’, ‘inexpensive (everything)’, and more. We were very set on spending the least amount of money possible while still being able to have an awesome and beautiful day! I have planned a few parties in my time and knew what I could and couldn’t get away with when it came to spending. The food cost the most and it was still very inexpensive! I visited a lot of thrift stores for ‘vases’, purchased frames at the dollar store and purchased all of our succulents at a farmers market.” 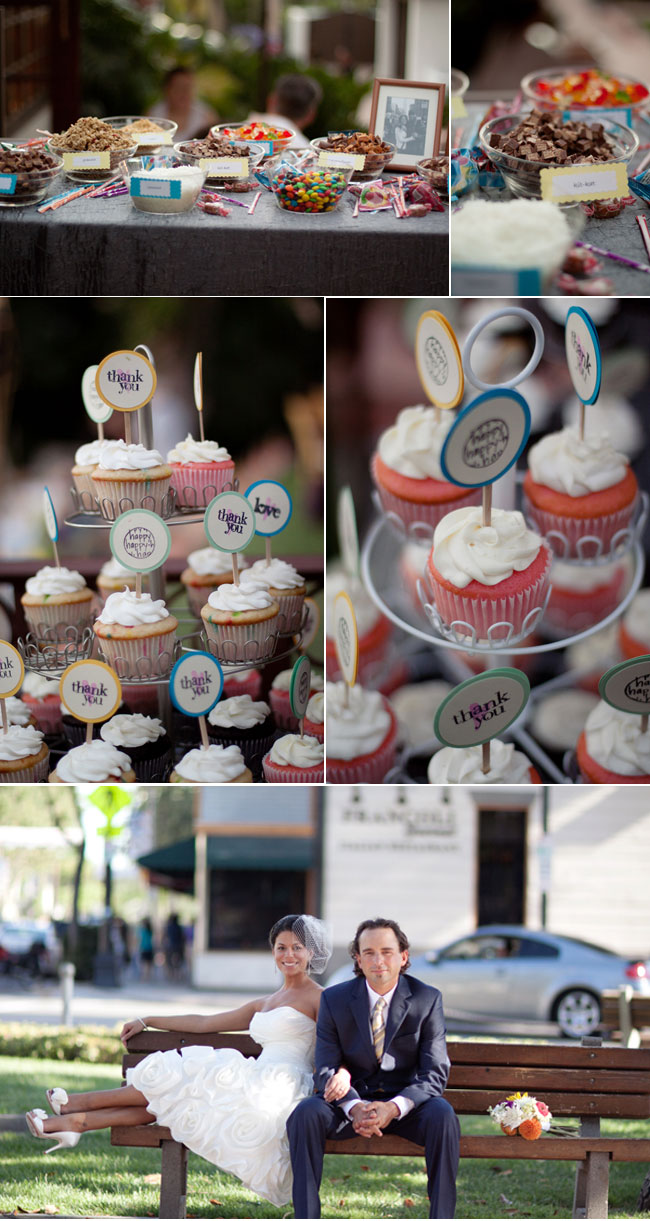 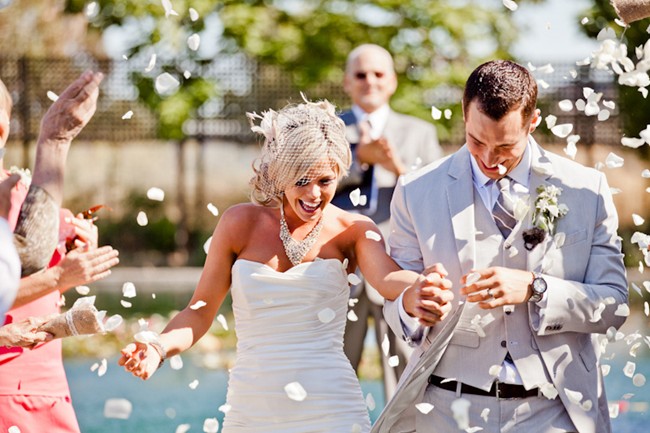