I have two Italian engagement shoots to share with you, and one is near and dear to my heart.

Andrew and I are celebrated our 1 year engagement anniversary and it is a good reminder that our wedding is only in 104 days away – Eek! Since I will be sharing my wedding planning process and all my tips and tricks along the way, I thought it would be appropriate to share our engagement story that took place in Florence Italy.

In August 2012, while sitting on a park bench in Vancouver, Andrew and I randomly decided to book a trip to Italy.

After finding an amazing deal on VacationsToGo, we booked a 15 night transatlantic cruise followed by a 3 weeks tour around northern Italy. Everything was planned out except for the date of May 2nd, 2013, which was a complete “mystery night” for me.

On May 2nd we took the train from Rome to Florence and arrived at an amazing luxurious hotel in the center of Florence. We quickly had a shower and got ready. As we were getting ready Andrew had said something about a tower and a bar that closed around 8pm, and that we should go there. I told him that we should walk around the Duomo and check all the sites out. Andrew replied in a tone that led me to be believe that we are going straight to the Tower (which was an unusual response from him).

On the way to look for the tower, I ran across the first H&M I had seen in Europe and I had to take a quick look. Andrew said he would be back in 20 minutes and that he would go find the tower. I was having a good ol’ time in H&M until I went downstairs to the the change room and found a whole other level of H&M. Knowing that Andrew would be back shortly, I went back upstairs to purchase my items. Andrew met me at the cash where I proceeded to rant and rave about the huge downstairs during the whole transaction.

Andrew insisted that we both head downstairs to check it out and I said, “No, no, we need to get to this tower because it will close soon.”

We started walking towards the tower (that Andrew had already found) and came across the famous Ponte Vecchio Bridge. Chatting with another couple, each couple took photos of the other in front of the bridge. I couldn’t figure out why Andrew was acting somewhat strange and not really wanting to chat with the lovely couple from London. (Of course the reality was he was about to ask me to marry him!)

After the impromptu photo shoot, we found Hotel Torre Guelfa and headed up the elevator to the spiral wooden staircase with 72 steps up to the tower. We were greeted by a lovely lady by the name of Valentina, who led us outside and up to the top of the tower … where Andrew got down on one knee and proposed!

It was magical and the most romantic evening I had ever lived through. After the initial shock and happy tears we both sat down for a lovely plate of meats and cheeses and celebrated with champagne.

We took the bottle with us for the rest of the tour until we finally got the label off! Before heading to dinner, we stayed on top of the tower to take in the beautiful sunset along the Florence skyline, and the incredible 360 degree view.

Cheers to a wonderful and memorable day!

The sunset that night from the tower.

H&M bag and all – 72 wooden steps leading up to the tower.

I said YES!….(where the red arrow is to the right) taken in Boboli Gardens the next day.

Yikes! My hands looks like that of an 80 year old. Moisturizer! 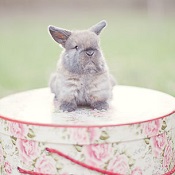 Easter Shoot with Bunny on a Box