Are you and your partner high school sweethearts? If so, you will love today’s cute engagement session! These picture will take you down memory lane – lockers, football fields, school books, and silly high school crushes.

For these two love birds, it turns out the high school crush was the real thing that ended with an engagement ring.

Remarks from photographer: “Justin and Ashley are a love story that has been in the works for the past 15 years. It goes way back to Mazama High, when these two were school mates, but nothing more. The first time we met with them, the first thing Ashley said was, ‘I have had a crush on this boy for 15 years!’ Turns out that she wasn’t the only one of them who had a crush. Justin felt the same way, but being the high school running back, moving in different circles, Mr. Cool never got the chance to tell Ashely how he felt.

“High school came and went, and they continued on their different paths for nearly 10 years until they found each other again, and all of those feelings came rushing back.  As they got closer and closer, Ashley opened up about her high school feelings (including showing Justin her original notebook with Mrs. Justin Couey written all over it) and to her surprise, he told her that he felt the same way, and just never found the right time to tell her. So now here we are, running around their old high school where it all began, shooting their engagement photos, and loving every minute of it.

“These two are too much fun, and so giddy to be around each other.  Makes us so excited to shoot their summer wedding, because who wouldn’t want to be a part of this much happiness? Below is his actual jersey he played with in high school. ” 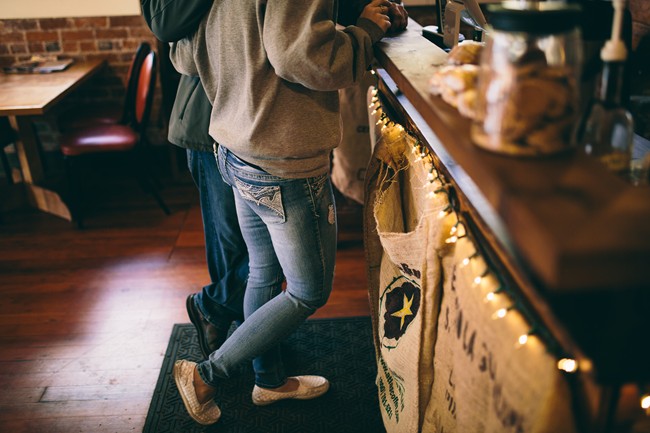 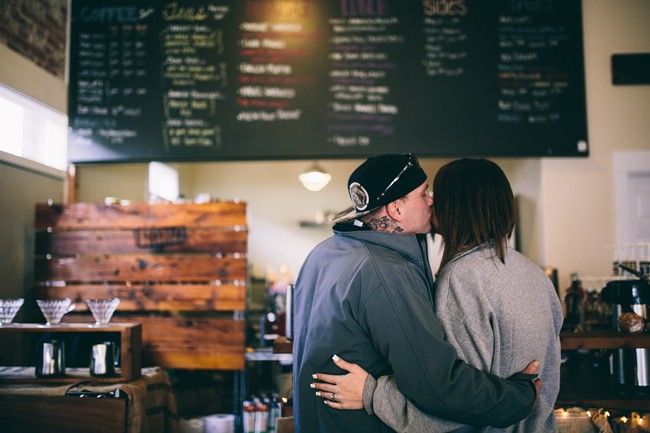 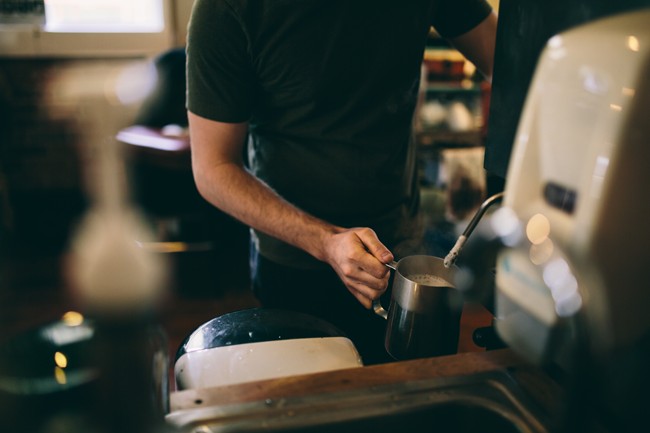 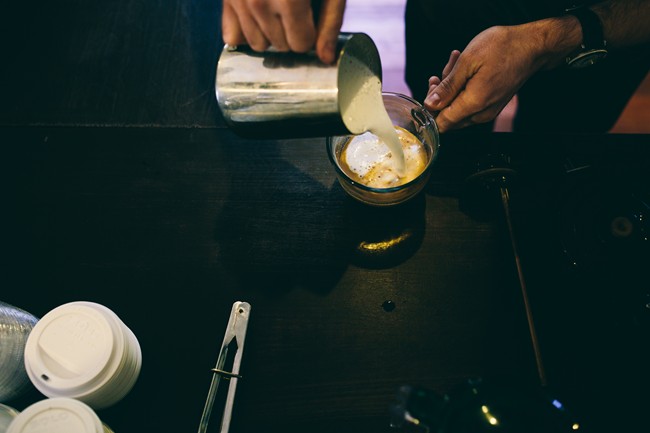 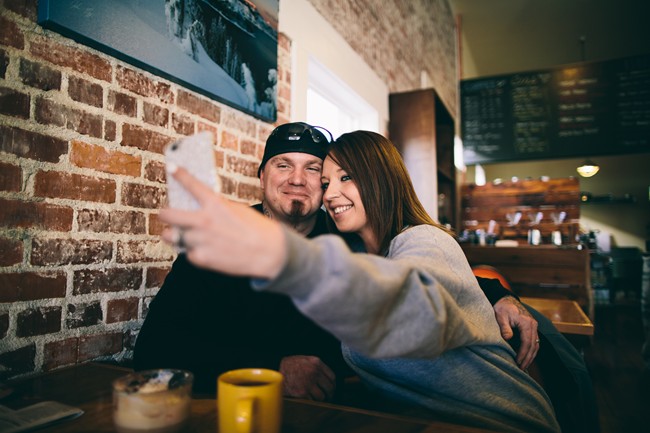 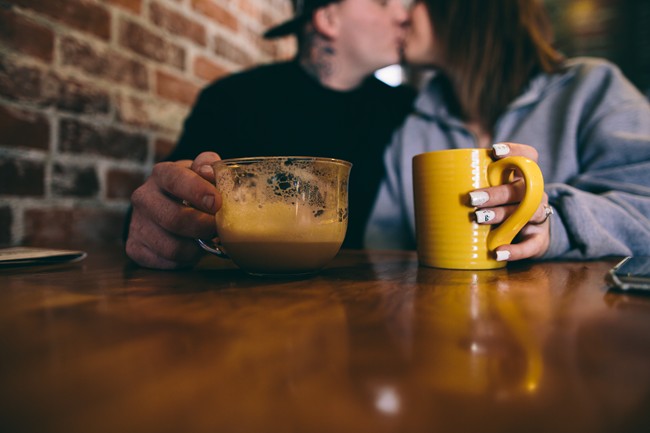 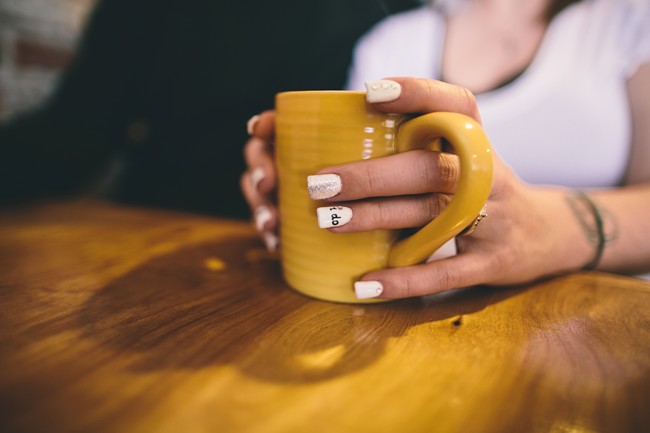 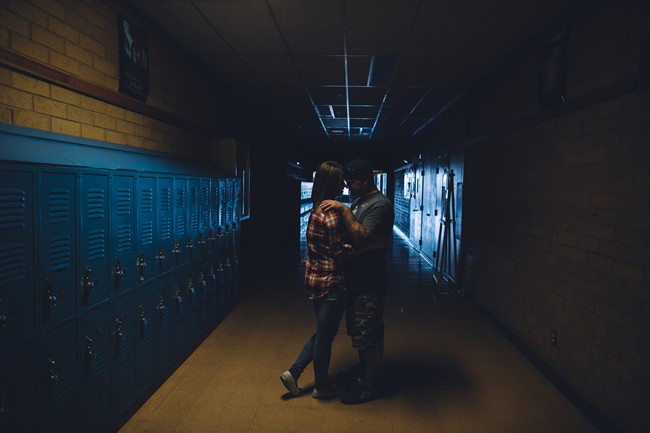 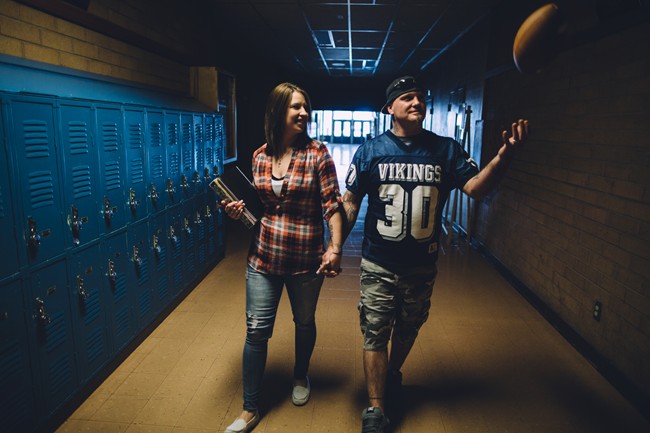 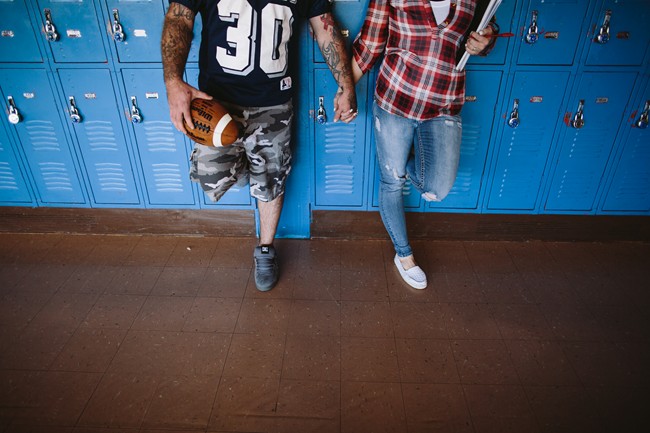 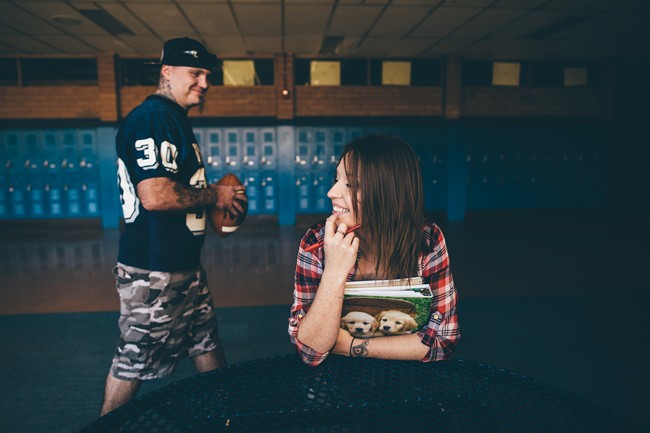 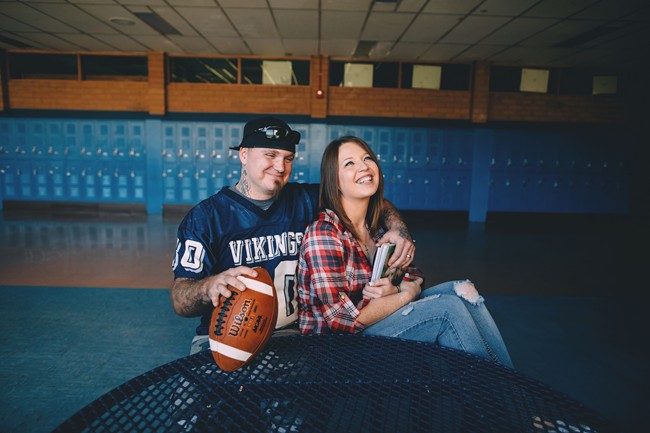 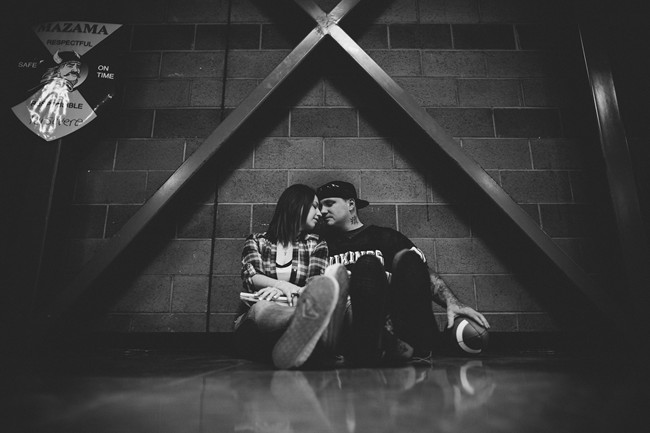 From the bride-to-be: “He had planned a night out with me, and as we arrived to the hotel room there were candles and rose pedals everywhere. Rose pedals on the bed said, ‘I love you’ and ‘Will you marry me?’ He played Love of My Life by Sammy Kershaw, got on one knee, and said, ‘I have a question to ask you…’” 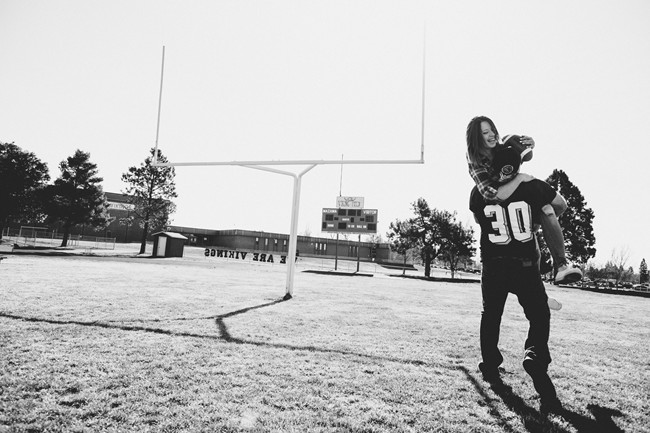 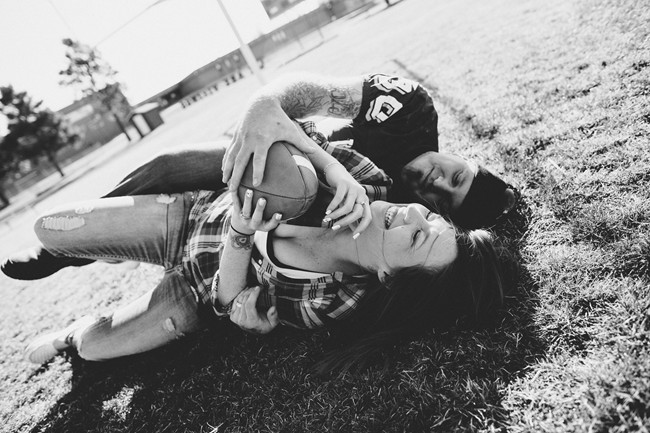 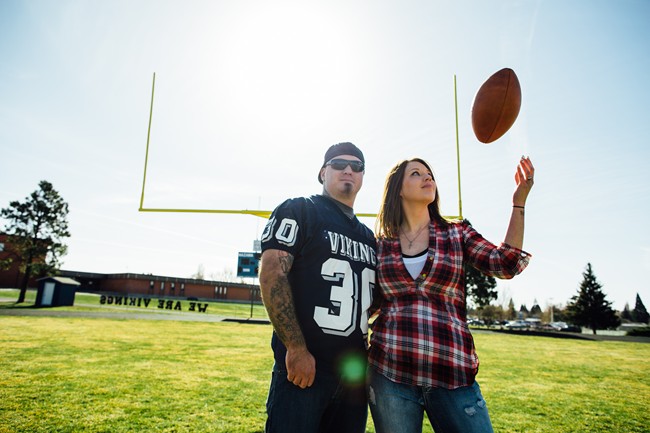 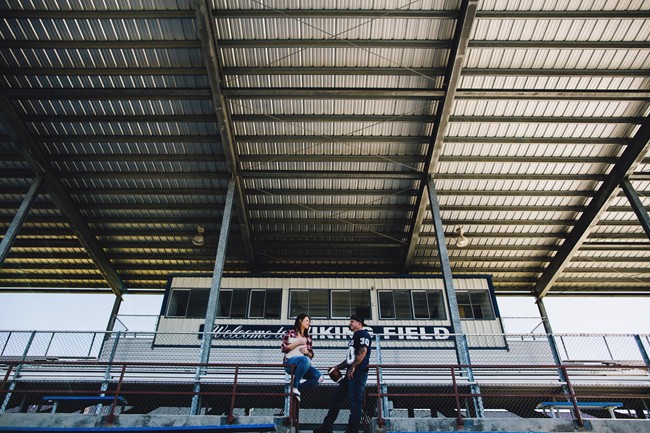 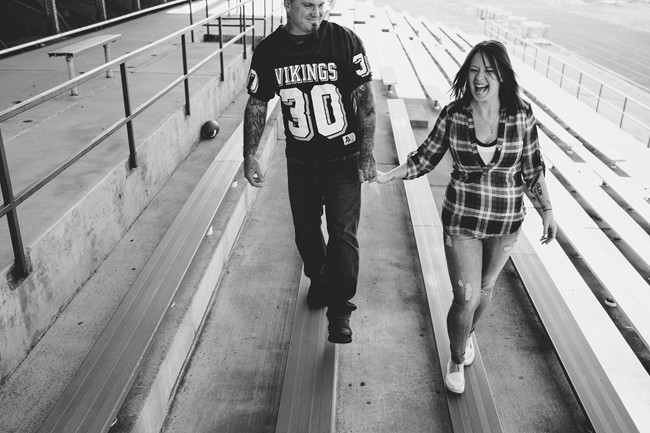 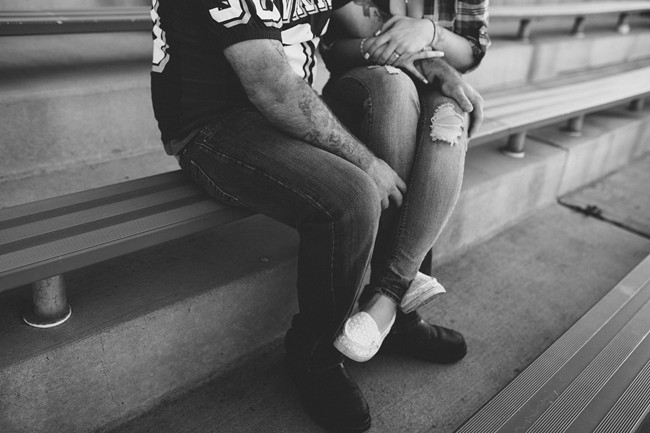 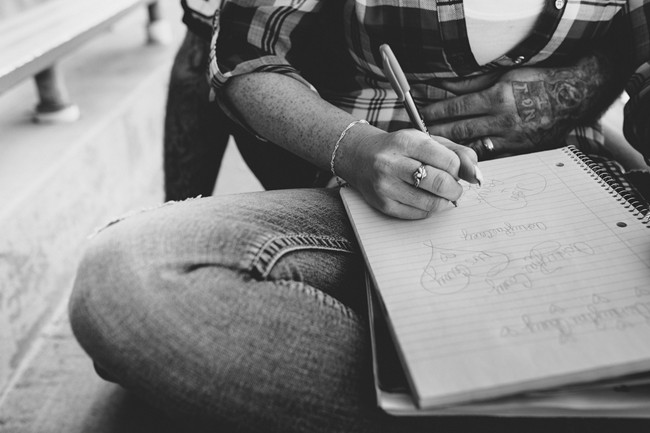 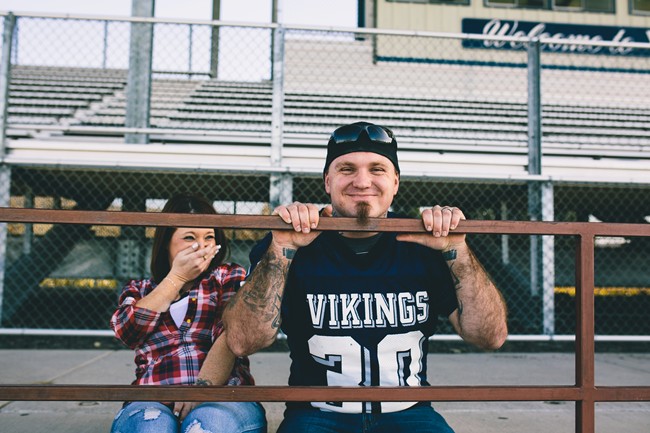 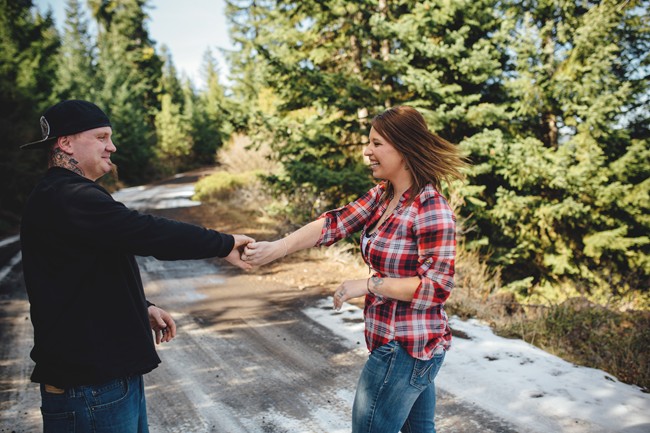 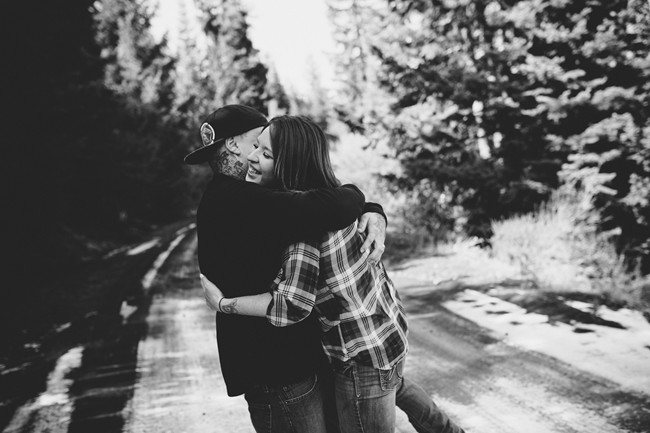 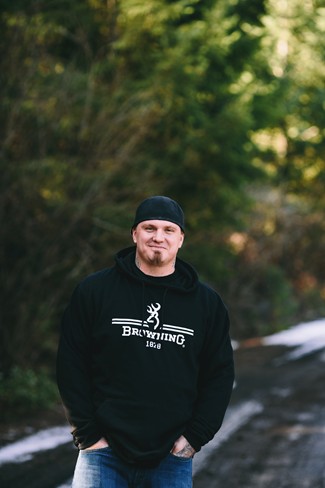 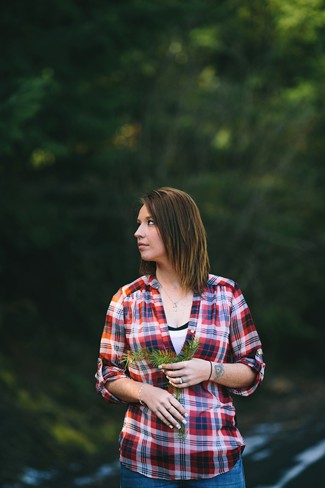 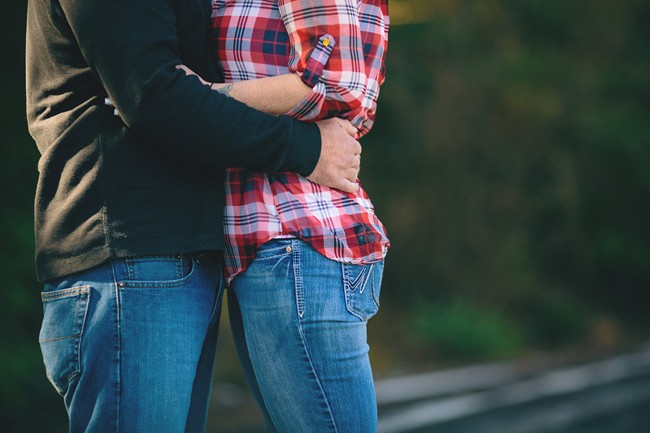 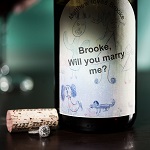 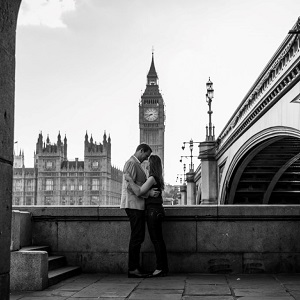