Remarks from the photographer: “Brittney and Skelly like to have fun and their whole wedding party did a great job of contributing to their outdoor wedding at Hotel Albuquerque. The color palette may have been taupe and white, but they used pops of color to express themselves in a fantastic way. They started out their wedding with a first look and the love continued to flow from there as they danced and grooved their way into the reception.”

Overall theme for the Ceremony and Reception

“We both love wine so we wanted to use that as our general theme, but we knew we wanted something casual and color neutral as well so we played off of the tan color of the corks. We used lots of wine corks, all of them from bottles of wine we actually drank with each other and friends and family from the time of our engagement to the wedding day.

We wanted things to be as specific to us as possible, not things that people could go to another wedding and it would be the exact same.”

“The designer was Mori Lee. The dress was fitted until about the knee where it was only slightly looser. It was all ivory lace and had a crystal belt and a short train. The neckline was higher and a boat neck. The best part of the dress was the back, it had a ‘V’ down to just below the middle of the back and there were buttons that went down the back. Being able to dance and be comfortable was super important, so white lace Toms were the shoe of choice.”

“Skelly wore a tan suit, minus the jacket. So tan pants, a white button up shirt, a tan vest, and a white tie. We found this at Men’s Warehouse.  The only part Skelly cared about was the shoes! He loves Toms, so he and all the groomsmen wore them. He found himself a pair of tan leather Toms that were a little fancier than the traditional canvas Toms.”

“The groomsmen also got their stuff at Mens Warehouse. They wore the tan pants, tan vest, white button up, and they had a tan and white tie. They all wore the tan traditional style of Toms that are canvas.”

“On Etsy I found a black box that contained an engraved black flask along with two matching black shot glasses.”

What did you give your Bridesmaids as a Gift?

“They each got an over-sized white mens button down shirt that had their initials embroidered in burgundy on the pocket. I found these on Etsy. We all wore them while getting ready.”

“I wanted the girls to be comfortable, not spend a lot of money, and actually be able to wear the dress again! They all wore a fitted strapless sweetheart cut dress that was just below the knee. The dresses were beige with a lace overlay. The lace had a slight gold shimmer to it. I actually just happened to Google lace dresses one night and found a HUGE sale at Macy’s, so all the girls ordered their dresses from their online.

“For shoes, I told them to wear a nude colored shoe in whatever style they were comfortable!

“For jewelry,  I told them as long as it wasn’t bulky or distracting they could do what they wanted. I really wasn’t going for a look that matched, I wanted them to be comfortable and happy with how they looked.”

“Skelly’s little sister played all of our ceremony music. In the months before the wedding she learned a bunch of songs on the keyboard and played them for us. We picked our favorites for the processional, before the ceremony, and the recessional. They were mostly classics like Bach, Pachelbel, and Beethoven, but we do love Tyrone Wells so she played a few of his songs as well!

“Skelly loves music and really wanted to have a say in the music portion of the day. One of our favorite songs is ‘Be Still‘ by The Fray, so Skelly’s sister learned to play that on the keyboard for the brides entrance.”

Highlights from the Ceremony and Reception

“The highlights of the ceremony were our music and our officiant. Skelly’s sister played all of the ceremony music on a keyboard and one of our best friends officiated the ceremony. Again, we wanted everything to have meaning to us so the fact that family and friends could contribute in such a big way made it that much better. Having our friend officiate made our ceremony much more personal instead of more generic.

“Highlights of the reception were the dancing and the story that our DJ read. In the weeks before the wedding our DJ asked us to fill out some questions about our relationship, but we couldn’t show each other the answers. Basic questions like how we met, what we love about each other, etc. He then took the two questionnaires we filled out and meshed them into one comprehensive story that was our love story. He read this at the wedding before our first dance and it was the first time anyone heard his compressed version from our questionnaires. It was fun to hear each other’s perspectives and, for those who didn’t know all the details about us, it was a fun way to get the full story. The dancing was the other highlight – everyone got up and danced. We had so many people tell us they hadn’t been to a wedding where that many people were actually up and dancing and having a great time.”

“We bought our invitations from Wedding Paper Divas.  They have great stationery, along with very good prices. We bought both our save the dates and invitations from them. We had a friend design the RSVP cards, and then we bought personalized stamps from Zazzle.”

“We did a candy bar in place of favors. All white candy including: gummy bears, gum balls, licorice, chocolate.”

Best advice you received while planning your wedding

“The best advice we received was to ultimately make decisions based on what we wanted and not try to make everyone happy. It’s easy to get wrapped up in making others (especially family) happy, but ultimately the day was about us so we wanted to do things that made us happy and things that best represented us as a couple.

“Also, spread out the wedding planning! We live in Kansas, and we had just over a year to plan a wedding in New Mexico. We knew our trips back to New Mexico were limited and we both knew our work schedules were going to be really busy during a certain period in that planning time frame. We started early and did little things throughout rather than waiting to do everything at once. It’s a lot less overwhelming to make one decision every couple weeks rather than feeling bombarded.

“Finally, don’t forget to calculate costs for things you don’t think about – such as stamps! We spent a few hundred dollars on stamps alone. You forget how something so small adds up. It’s easy to go over budget, especially when you forget about these little things!” 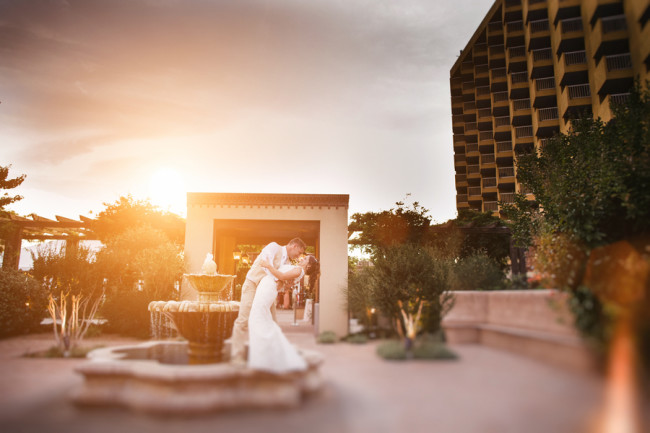 Where did you go on your Honeymoon? 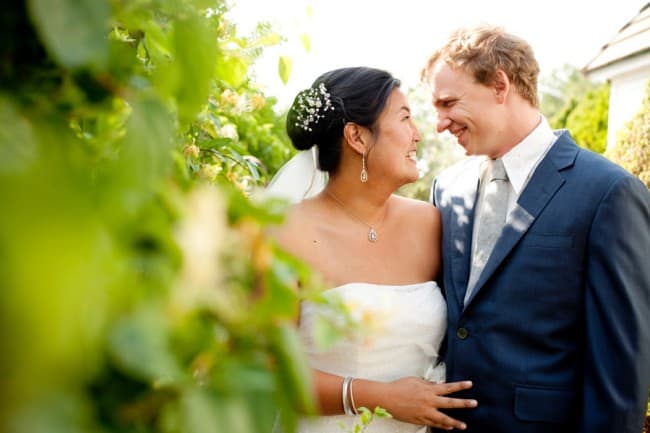 Down to Earth Barr Mansion Wedding

Farm Wedding with Sunflowers in Colorado