To set the mood for Valentine’s Day we are posting this amazing surprise proposal that was photographed by Emilie from AmyPunky Photography in Paris.

Here it is in Emilie’s words:”I was contacted by Court two weeks ago. He’s from Texas and he wanted me to shoot his proposal to his girlfriend, Stephanie. But he had a very specific idea of how he was going to propose: he wanted to set up a secret photo shoot, and a random meeting with an artist who would offer to draw them a portrait.

“Then, when the artist would show them the portrait, his girlfriend would discover a ring drawn on her hand and would understand what was going on.

“Everything was okay: the artist showed up, the couple arrived at the Louvre Pyramid, and we started our secret photo session. I felt like a paparazzi!” 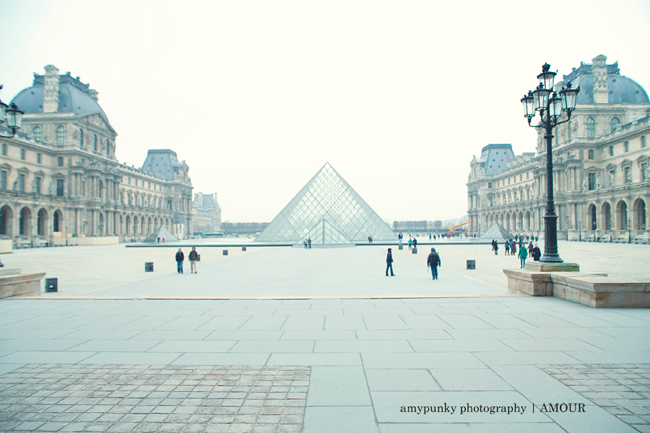 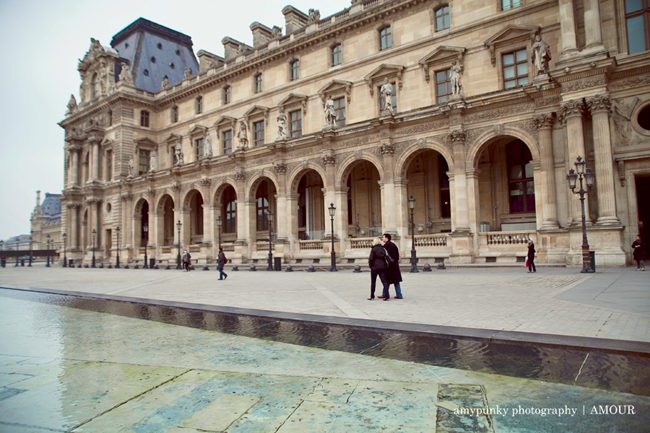 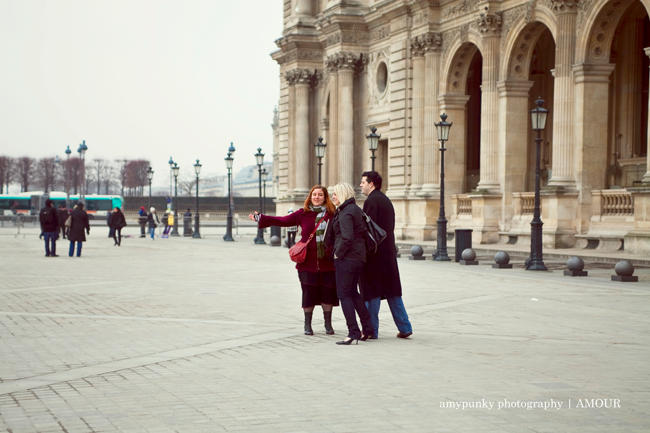 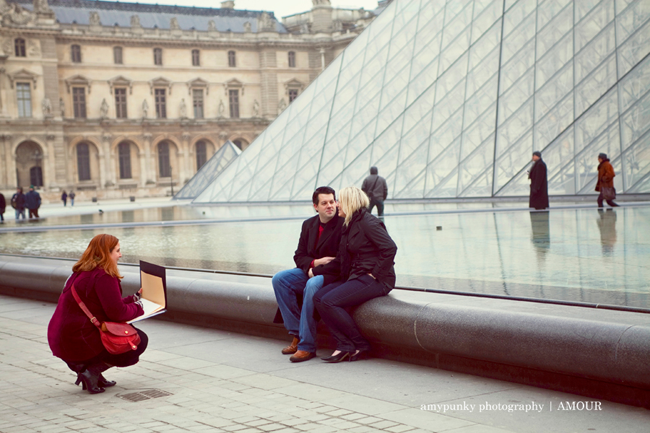 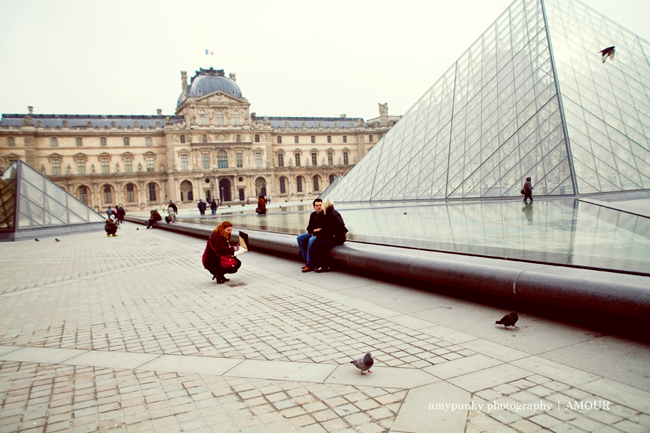 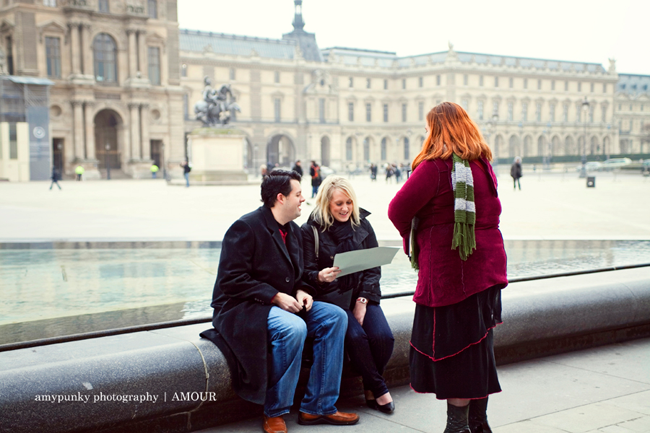 “Stephanie discovered the drawing and when she saw the ring drawn on her hand, she said: ‘Hey, are you kidding me?’ Then, Court proposed… it was such a beautiful moment to capture, especially in Paris, in front of the Pyramid of Louvre.” 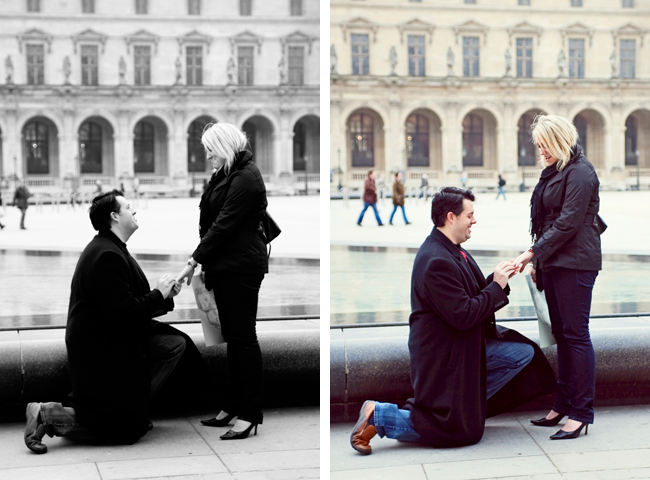 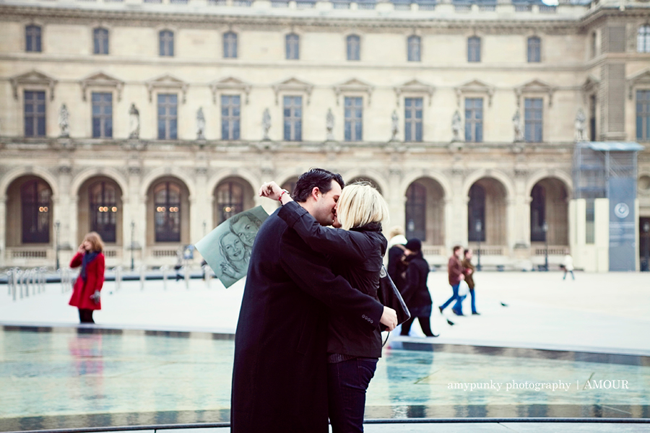 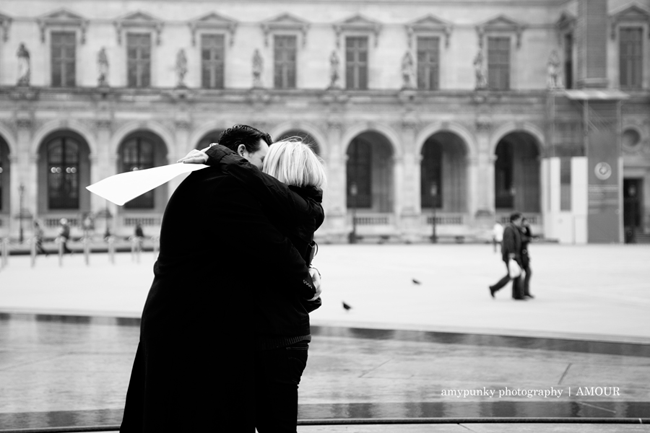 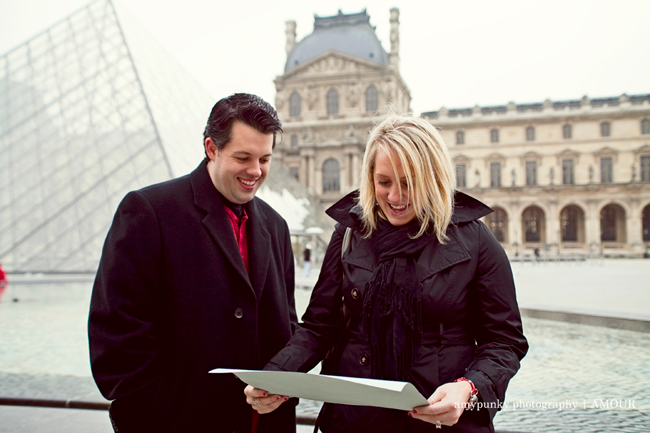 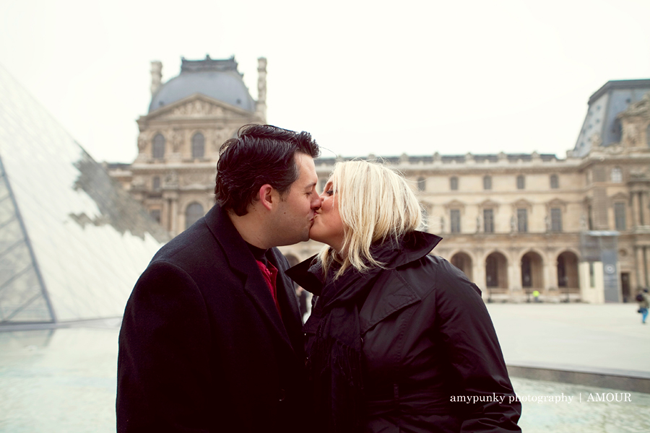 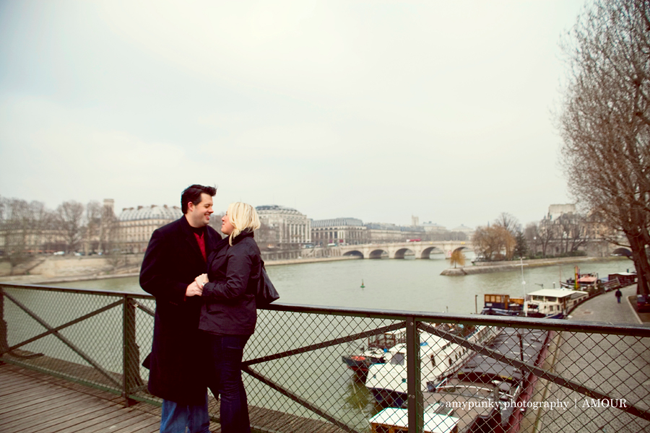 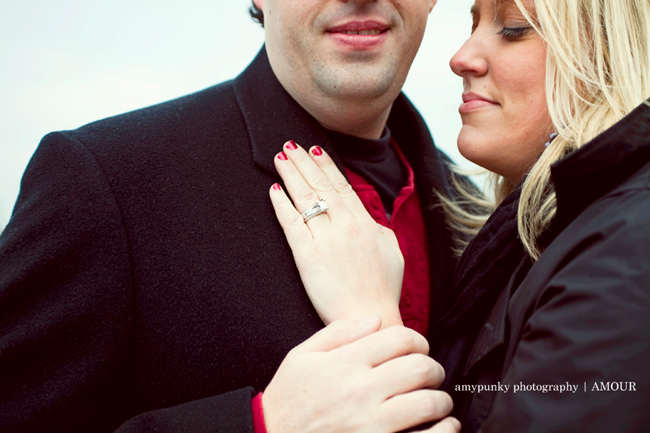 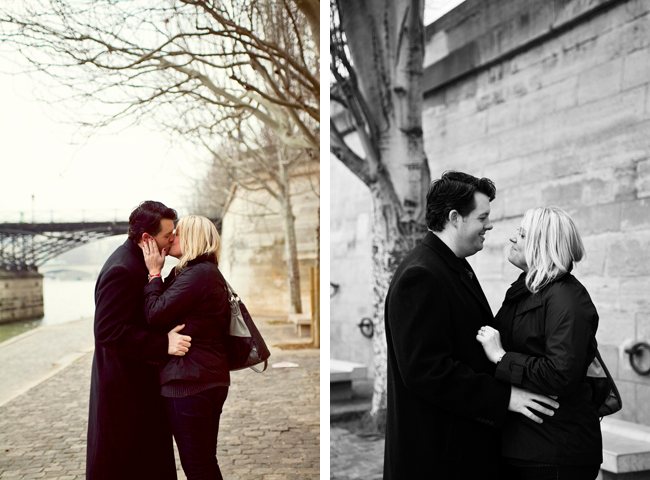 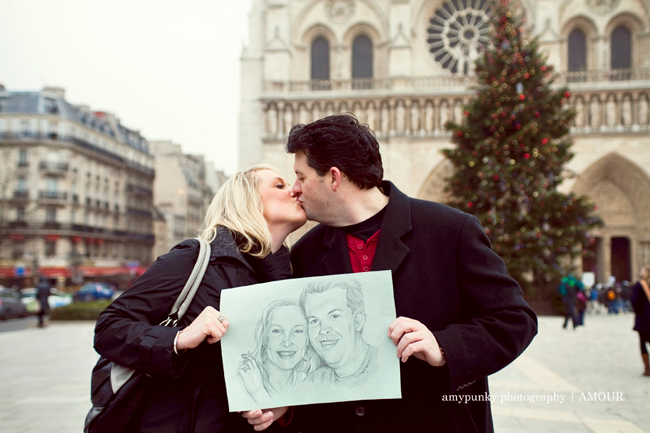 What a romantic story and gorgeous photography! Thanks for sharing Emilie–we’ve been excited for this post ever since you sent us the images!

Despite her dreamy wedding blogger lifestyle, Meredith's day job is running ClassicVeils.com and a full-time mom to an active toddler. If she could, Meredith would spend her days taking cruises, helping animals in need, and watching Big Brother!