Terre Blue Farm with its hillside rows of purple lavender is a fitting location for a romantic engagement shoot, and of course we love lavender fields!

The owners’ story is inspirational: After taking a trip to Quebec and falling for the beauty of the spectacular lavender fields and perfumed air, the Baird family started their own  lavender farm, horse stables, and apiary in 2012.  As a city living family with successful careers, starting a company like this was out in left field, but they are living their passions for the outdoors and building their own business from the ground up.

Lisa Mark Photography did a wonderful job capturing the romantic beauty of the lavender fields and the lovely couple.

Remarks from the photographer: “We had the pleasure of visiting a new shoot location this past summer along with an adorable couple David & Adriana. I was a big fan of shooting at a lavender farm once before, and shooting at Terre Bleu was heaven. It was gorgeous, the friendly owners gave us a tour and even brought out the most lovely horse for our photos! Her name is Enya and she was so cute! David & Adriana totally brought the romance (along with some wine to share while surrounded by lavender blossoms), and it’s probably as close to heaven as you can get.” 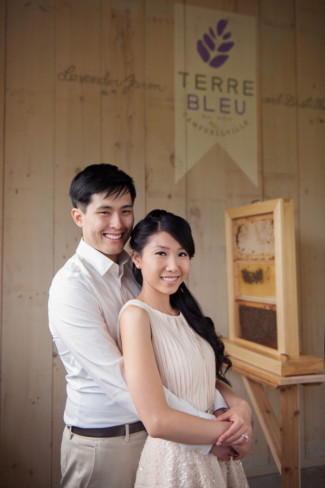 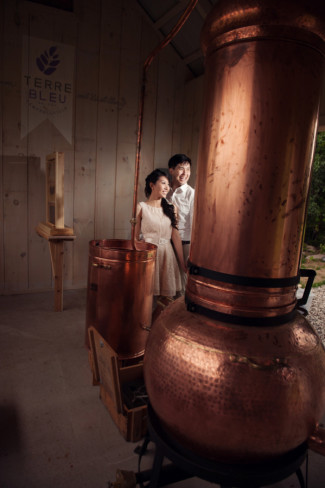 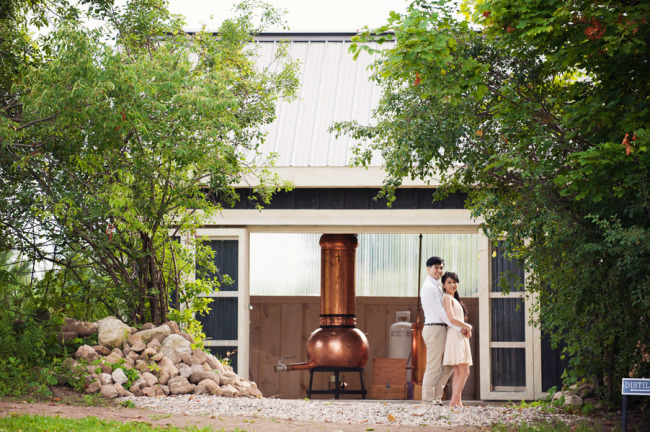 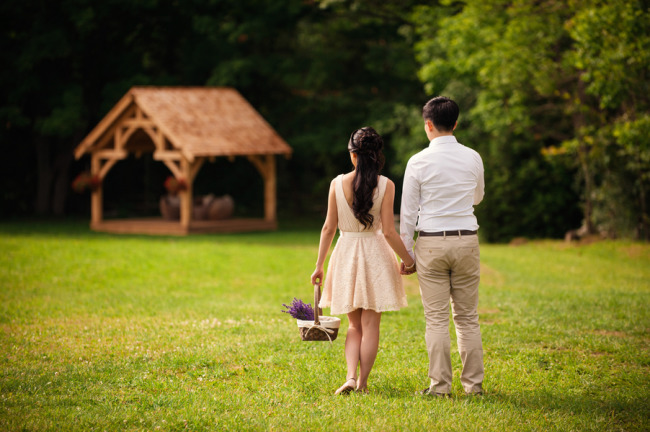 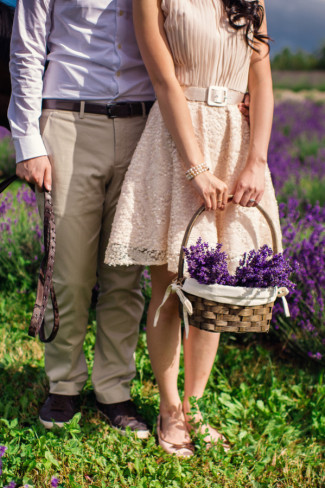 “Adriana and I went to the same university and met through a mutual friend who introduced us to each other while we were both working downtown for an internship.  We hit it off after we started having lunches together.  Soon going to lunch became the thing I would look forward to everyday.  The rest is history as we got married last year.

“I proposed to Adriana by arranging a special scavenger hunt day for her.  Knowing how Adriana would be very suspicious, I tried to throw her off the trail by giving her clues along the way, which were partial pictures of a teddy bear that was embroidered for her (a close up of the arm, foot, ear, etc).  I had gotten her one during our first valentines day together and we always said we would get another one.  I was hoping that this would lead her to believe that she was getting a second embroidered teddy bear instead of being suspicious about a proposal.  At the end of the day I gave her the bear and embroidered on the bear was a picture of a diamond ring with our names on it.  She pointed it out and said that she did not have a ring.  That was when I pulled out the real engagement ring and proposed.” 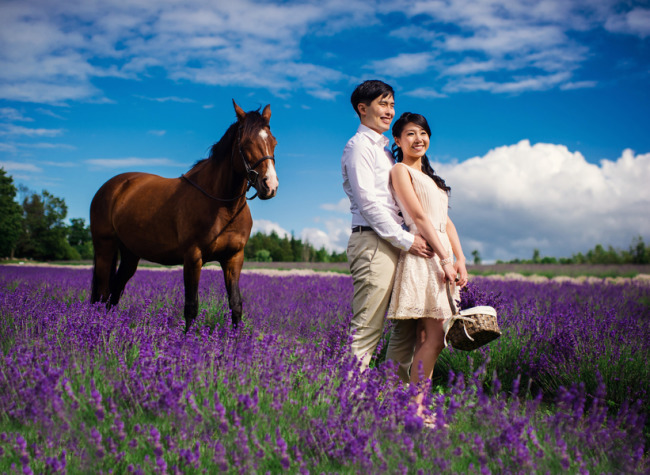 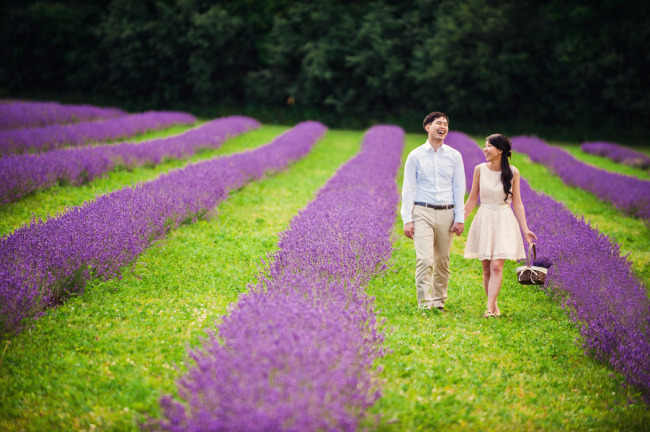 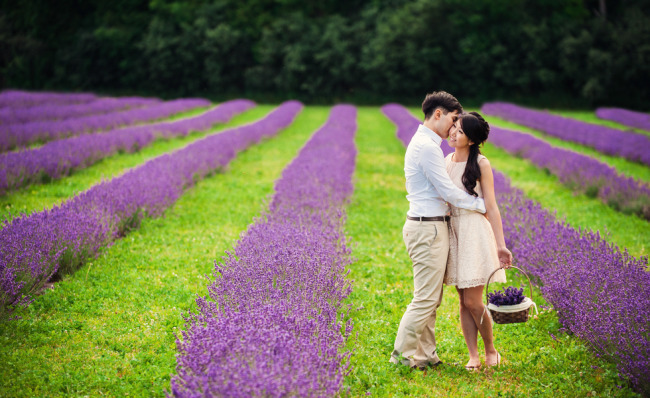 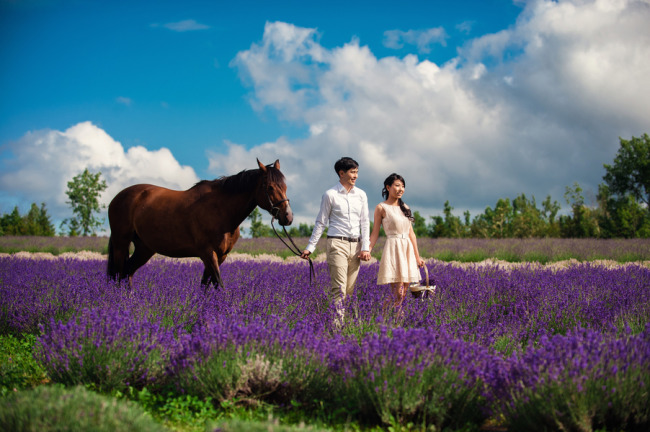 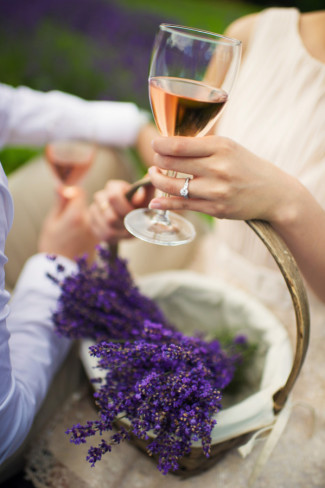 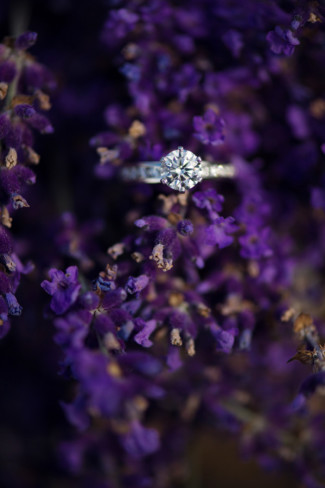 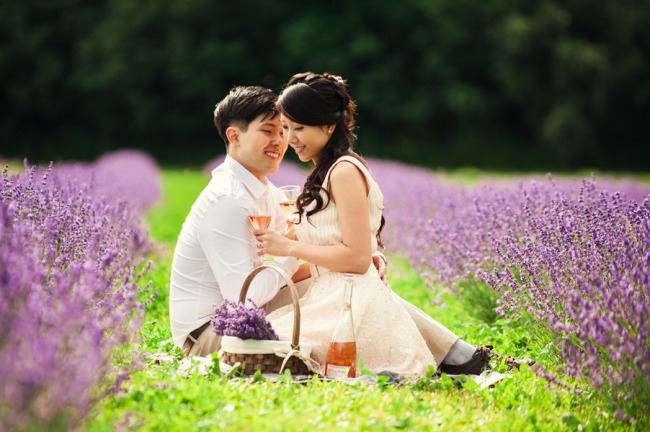 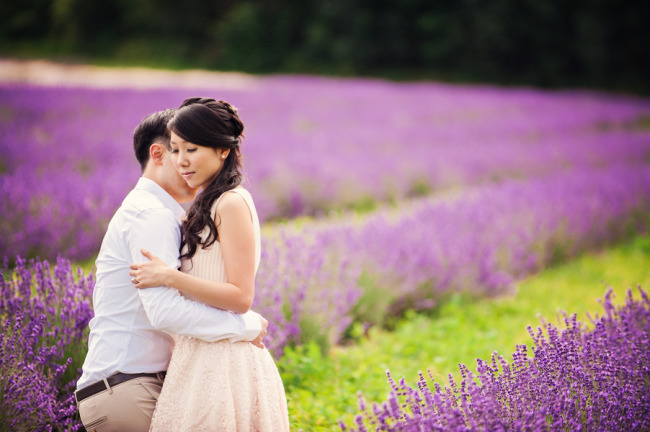 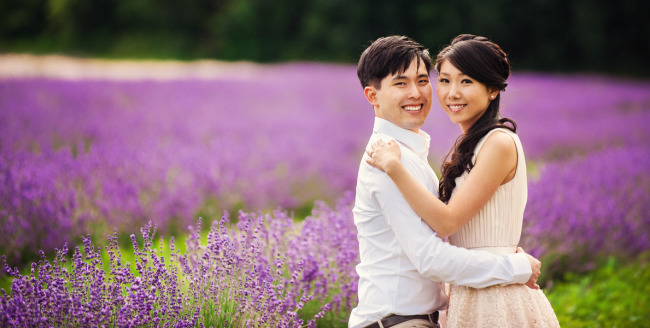