“On a night out in 2011, they ran into each other at a local pub. Anthony remembers thinking Nicola was absolutely gorgeous. But the funny part is Nicola doesn’t remember that night at all. After some online chats they had their first date at a restaurant and movies.

A few years later, Anthony took her to a romantic dinner on Flinders Lane. Afterwards, he suggested to talk a walk to Hosier Lane, where he actually organised someone to graffiti the wall with “Marry me Nicola, you are my everything”. When they were walking down the lane, he showed her the wall and asked her to marry him. And the answer was a ‘Yes’ with lots of happy tears.

On the day they both got ready at the venue, in different rooms, separated by just a wall. The boys and girls had to be very careful not to see each other since they were staying so close to each other.

Anthony and Nicola prepared a gift and wrote each other a letter. Nicola gave Anthony a special pink gemstone, which corresponds to the heart chakra, love, and affection. They read the letters before the ceremony, and both were in tears.

The ceremony was just simply perfect. The decorations were very altered to the couple.

The main theme of the wedding was bright and colourful, with all the native flowers mainly in burnt orange colour.

The aisle had a white wooden door in the open air which each bridesmaid the bride walked through at the start of the ceremony. It was such a unique and special piece for the wedding.

When Anthony saw Nicola in her wedding dress the first time at the end of the aisle, he burst into tears. And his tears didn’t stop pretty much for the entire ceremony.

In Nicola’s vow, she said what she loved Anthony was that he was not only a best friend, but they make a great team. They contribute to the relationship equally. And she would continue to appreciate about him every day. And Anthony said he loved Nicola for being herself.

The ceremony was so touching there was not even a dry eye.

The reception was just amazing. It has all French glass doors facing the west, so you can watch the sunset. The courtyard outside was filled with fairy lights and a big Love sign.

Glen Erin has the vineyard feel but then such a country vibe on other parts of the property, Nicola and Anthony fell in love with the place straightway when they saw it.

The speeches were so funny. The embarrassing stories made everyone laughed their heads off. But the couple also received so many compliments about their great personality and kindness.

The best part of the day was dancing because most of the moves were hilariously bad. They also had a sparkler farewell at the end of the night – it was the best way to seal the day.

Nicola felt it was not much was a challenge, all suppliers were easy to deal with, She was super organised so she thinks that prevents the stress.

She says that if you’re planning your wedding, the biggest piece of advice they could give you is not to worry about the small things.” 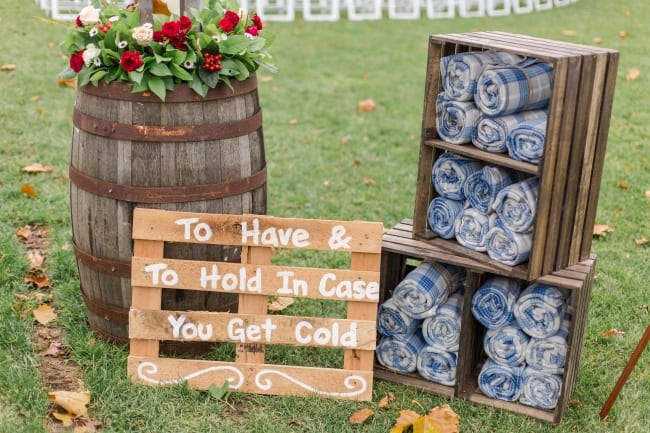 Magical Forest Wedding at The Clearing