“Joe and Elaina’s cute meet reads like the synopsis to a romantic comedy, complete with a chance meeting between two strangers and the quintessential ‘girl next door’.

“It’s such a perfect story one wonders if it’s planned by a unknown matchmaker or simply serendipity? Whatever it was, we’re glad it happened, these two are made for each other!

“On a warm summer evening, Joe was on his way to a festival in downtown Sudbury. After the festival, he was going a house party and had a bottle of wine to bring. He couldn’t bring the bottle of wine to the festival, so he stashed it in a nearby friends mailbox whom he knew was out of town for the weekend, planning on retrieving it later before heading to the nearby party.

“On this same summer evening, Elaina was house sitting for friends who were out of town. She happened to catch a glimpse of a handsome stranger who was taking a bottle of wine out of the mailbox of the house she was at. After chatting for a bit, and Joe declining her offer to join her and some friends on their patio, he headed over to his party.

“This might have been the end of their love story, had it not been for a message Elaina received from the owners of the house that the neighbours were having a gathering and she should go over and say hi. This is the same party Joe was attending. They soon found each other and spent the evening talking about airports, travelling, and cardamon.

“Every detail of this wedding day was designed by either Elaina or Joe. Together, these creative and fashionable individuals created a truly unique wedding with stunning details. They choose to have the photoshoot done at their home in Sudbury, a newly renovated and artistically decorated home with mid century modern accents that belonged in a West Elm ad.

“Another unique detail to this wedding was their custom logo. Elaina and Joe had a graphic created of the two of them from Sudbury design and communications company Over the Atlantic, and this was displayed on at Verdicchio’s and on the signage and the invitations.” 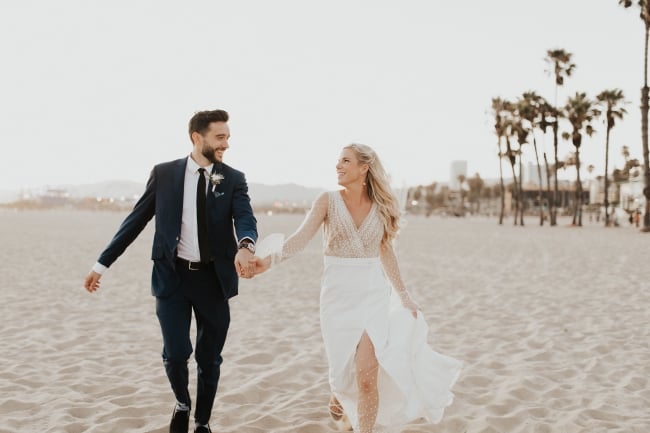 Santa Monica Wedding at The Viceroy 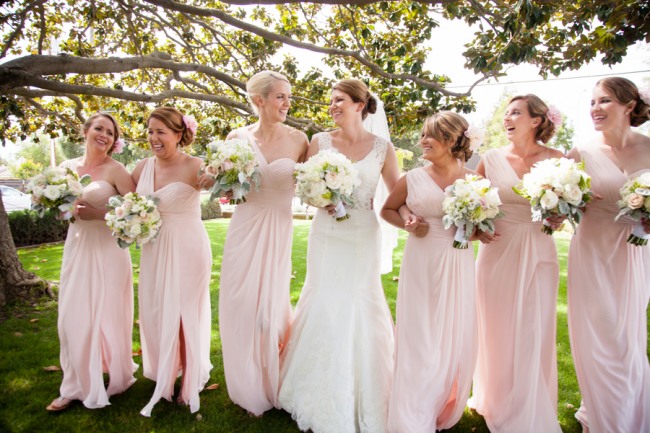 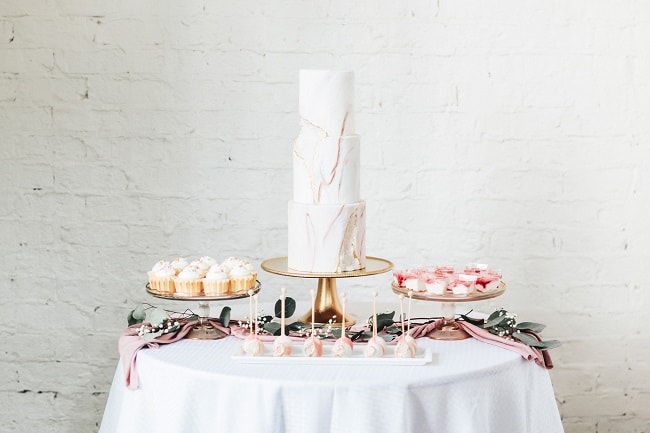