Photographer’s Remarks: “Abigail and Austin met freshman year in college but didn’t start dating until a semester later. 3 years later they got engaged. Austin proposed by taking her out to dinner then later took her to a mountain where he had set up flower and candles. He then proposed with a cat! She loves cats. They both run an EMS program and both graduated at the same time.

“Their wedding was filled with love and support from their friends and family. There was lots of emotion through out the day from the bride and groom, their families and their friends.” 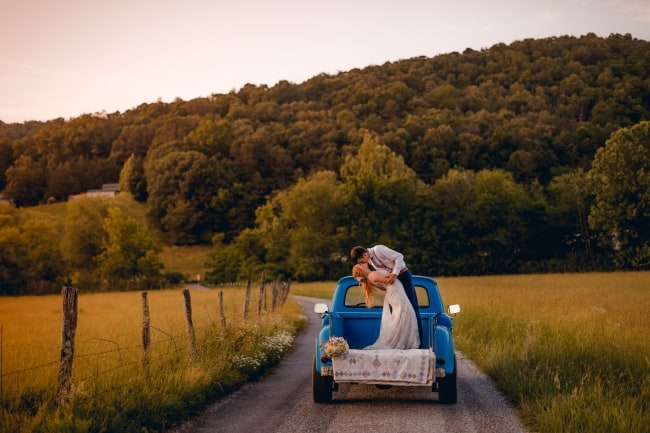 DIY Sweet and Romantic Wedding in the Mountains