How and when did the couple meet?

“Amanda and Schuyler met as freshman students on the first day of high school at Bullis in the fall of 2004. However, it wasn’t until four years later as seniors that their friendship took a romantic turn.

“A casual run-in after a day of preseason quickly grew into nightly chats, spending hours talking on the phone. They had always been friends, but it soon became obvious that their feelings for each other were more than just platonic.

“After the first week of class, Schuyler invited Amanda over to hang at his house and watch a movie (Bad Boys II, true story). At the end of the night, Schuyler walked her to her car, capping off the evening with a goodnight, first kiss… Kidding, they totally made out during the movie (although the chivalrous escort to the car did actually happen).

“A few weeks later, Schuyler asked Amanda to be his girlfriend and that’s how their epic courtship began!

“Come fall of 2009, they pursued our academic and athletic passions on opposite sides of the country – Amanda played division I lacrosse at Stanford University in California and Schuyler played division III football at Dickinson College in Pennsylvania. They always said, ‘if it was meant to be, it would be’.

“Those next four years of long distance were some of the most transformative, tumultuous, and rewarding years of their lives, pivotal to shaping who they are and who they became together. It was due to these ups and downs that by the start of their senior years of college, they knew that they were forever. They visited each other frequently during that final year of school and post-graduation, they both moved to the New York City area. They now live happily married in their West Village apartment in New York City. ”

How did the proposal take place?

“Schuyler and Amanda?s engagement occurred on their 8 year anniversary trip to Santorini, Greece in September 2016. Santorini is a destination that Amanda only dreamt of visiting for as long as she can remember, so Schuyler knew it would be the perfect place to propose.

“Schuyler told her he made a reservation for a nice dinner at a winery. As soon as they arrived to the dinner location, he blindfolded her and told her he had a surprise. He led her down several stairs and as he removed the blindfold, the most breathtaking scene was revealed. Amanda was standing in the center of a series of candles in the shape of a heart, overlooking a white cabana and Santorini’s mountains.

“Their song, one that he included in the first mix CD he ever made for Amanda, played over the loud speakers as he got down on one knee and asked her to marry him.

“While they danced, cheers from winery guests rang out loudly on a nearby balcony. There was a photographer and videographer snapping engagement photos and shooting videos (with a drone!).

“Amanda was handed a beautiful bouquet as they were given the most delicious rosé to cheers with. Schuyler also printed pictures of them through the years and had them hung on a rustic, wooden screen. Turns out he had coordinated an entire impromptu engagement photo shoot along with a private dinner for us with the Santorini sunset as our backdrop.

“At the end of the evening, after consuming pounds of seafood linguini and strawberry cake, Schuyler turned to Amanda with a smirk and said, ?One more surprise!? All of sudden, fireworks begin to shoot off over the mountains just for them. Such a magical and memorable proposal!”

What was your fondest wedding moment?

Reading our written vows to each other in front of our closest family and friends. There were so many happy tears and it will forever remain one of our most special memories!

Interesting facts about you and your spouse that you would like to share:
Amanda is a seventh generation Washingtonian where her great-grandfather, Sidney Hechinger, founded The Hechinger Company, a hardware and home improvement company based in DC before its closure in the ?90s. Amanda?s grandfather, John W. Hechinger Sr., was the first appointed City Council chairman of Washington, DC by Lyndon B. Johnson. Schuyler comes from a long line of military heroes where his grandfather, Colonel George M. Simpson, flew over 330 combat missions between the Vietnam and Korean Wars, receiving the Distinguished Flying Cross among a slew of other top Air Force/Military medals.

Where do you reside and what are your occupations?
We live in the West Village in Manhattan, New York City. Schuyler works in Retail operations as a consultant/strategist and Amanda works as a strategist at a media agency where she specializes in advertising within the emerging technologies and innovation space.

Who were your favorite wedding vendors?
Everyone we worked with was fantastic! From our wedding planner, Amanda Savory of Bespoke Moments and the florals/design from Faye & Renee, to our incredible photographer Clane Gessel and, of course, the unbelievable Cedar Lakes Estate venue. We also loved the custom invitations from Suitesmith?s Alex Rogerson, who we worked closely with to achieve our desired stationary.

What advice do you have for future brides?
1)Be present and have fun! The weekend goes by so quickly, so I made sure to stop, breathe, and take mental snapshots the entire time. In that same vein, leave your phone in your room or with a friend!! I left my phone in my room the entire evening so I could truly focus on the entire experience. Everyone is else is taking photos to document, so let the people work while you enjoy!
2)It?s also easy to get wrapped up in the excitement of the evening with all the people you want to see and talk to, but I made every effort to stay with my groom the entire night! This night is about you two, so find him, dance, and hang out with your friends and family while together.
3)While I definitely drank sporadically throughout the wedding day, I would wait until the last bit of your reception to really ?turn up.? Again, it comes down to being present and too much alcohol early on can hinder your memory (obviously), so drink and have fun, but be cognizant of your intake, so you can truly have the most epic memories of your special day! 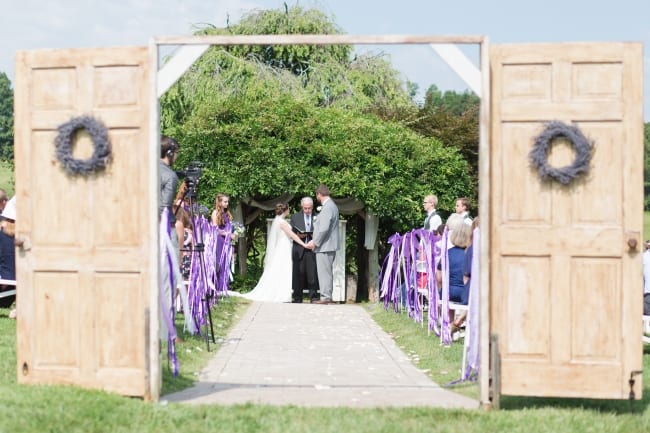 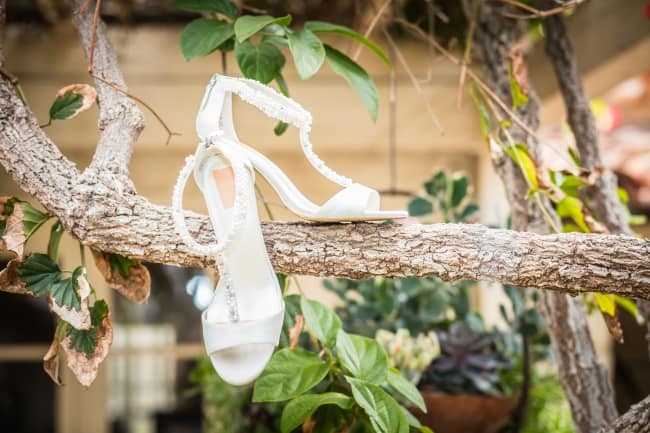 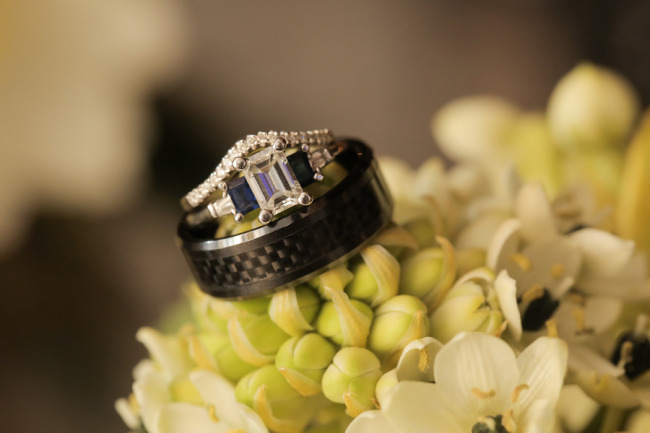