“The two met when Annie was studying to become a Paramedic. She was doing clinical rotations with the City of Pittsburgh Paramedics and Fred already was a Paramedic for the city. She remembers well the day they met, Fred was working overtime and was super sleepy but still wanted to help her study. Fred gave her his cellphone with a paramedic study guide app and let her study while he rested.

“After that day, Annie remembers thinking that he was cute, but she didn’t think much of it. The next day, she added him on Facebook and they started talking, which led to drinks, dinner, lots and lots of dates, and the rest is history!

“Annie’s ring is super special to her. It’s from a company called Brilliant Earth that specializes in ethically sourced jewelry, which was really important to her. Brilliant Earth does a lot to give back to the communities from which they source their diamonds, including donating some of their profits and supporting education, healthcare, etc. They also use recycled precious metals. Annie found out about this company through a friend and when she told Fred about it he was really interested as well. She had a lot of input when it came to picking a ring, we visited Brilliant Earth showrooms in Boston (near Annie’s hometown) and DC (near Fred’s hometown), but in the end the exact ring was surprise to her and totally Fred’s pick.

“Fred proposed one night, just before dinner standing on a sand dune overlooking the ocean in the Outer Banks. What makes their proposal story special is that it actually lasted over multiple days.

“In June 2017, Fred planned a trip for them to stay at the Sanderling Resort in Duck, North Carolina. He’d been there before, but she never had. They had been on small vacations with friends before, but this was the first big trip they had taken just the two of them.

“Once they got to the Outer Banks, Fred and Annie spent the weekend pampering themselves and enjoying their time away just the two of them. Annie had a feeling that he might propose on the trip, but she had no idea when.

“Fred proposed on the second to last night there. He told her after that he had nerves for a lot of the trip trying to decide the perfect time to propose and keeping the ring hidden in the hotel room.

“Fred and Annie both really wanted a classic wedding that they could look back on in 60 years and still love. They jumped back and forth about where they would get married, she grew up by the ocean in Maine and Fred in Northern VA.

“When they decided on a wedding in Virginia, she knew she still wanted to incorporate a Maine and ocean feel to get the best of both worlds.

“Annie also loves greenery, the outdoors, and nature, so she wanted aspects of that as well. Annie has always loved rose gold and her engagement ring is rose gold, so they built on our colors from there.

“The couple ended up with dusty pale blues and lots of dark green and greenery with rose gold accents which they thought was classic and reminded her of home, the ocean, and the beach.

“It rained on our wedding day. At first, I was devastated because I had always wanted an outdoor wedding. But one of the big things that attracted us to Whitehall was that they had a great rain plan.

“We also had time for photos when it wasn’t raining. Even though I was upset about the rain at first, embraced it, and it worked out so well. The bottom of my dress got muddy, and my hair was damp, but we had so much fun and that’s what mattered. There is this swing in the front yard of Whitehall that I had really wanted to take pictures on, and Fred carried me over the mud into the swing so could get those photos, which is a memory I’ll definitely never forget.” 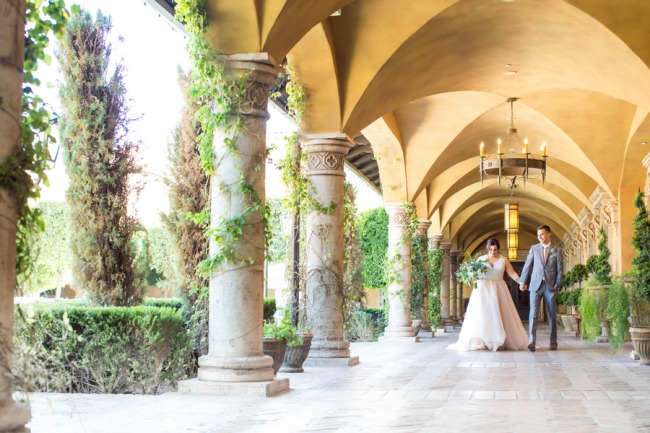 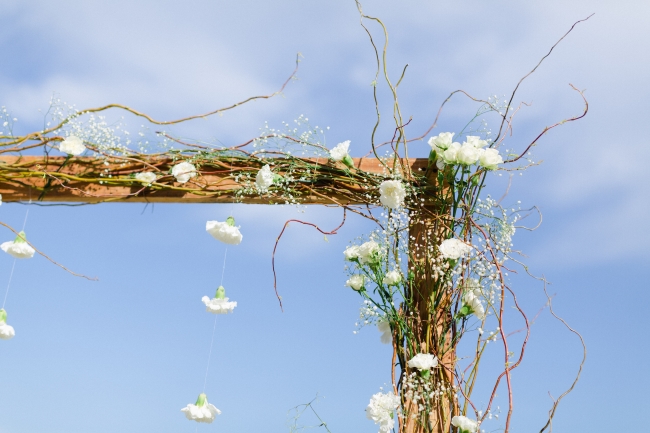 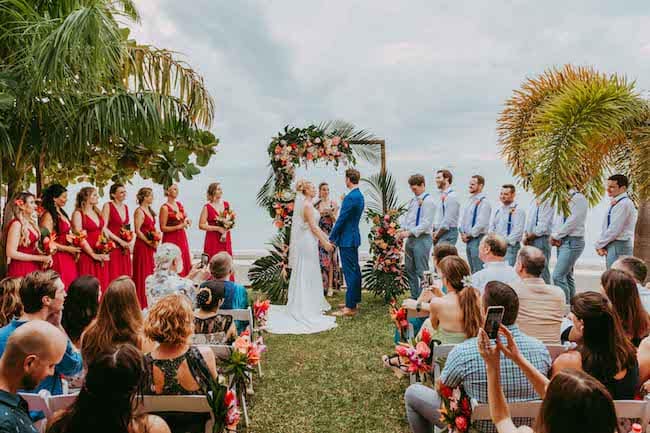