Okay, Harry Potter hasn’t left wizard school for the army. I realized after hitting publish that the title of today’s feature wedding may suggest that! Loving the groom in uniform along with the bride’s dress/veil combination.

Photographer’s Comments: “Dalton is my brother-in-law. I’ve known him since he was age eleven. At 7am, one morning in November, I got a text from Elizabeth. December 30th, she would be marrying Dalton. Over the course of the past year I had spoken to them both separately, so I knew it was coming.

“When Dalton joined the Army, I knew it was only a matter of time before these two tied the knot. The military does that to you — it forces you to grow up and it makes you realize who you can’t imagine living without.

“I speak from experience because 9 years ago I married Dalton’s older brother (a Marine) at the age of eighteen. Getting married to someone in the military is tough – there are a lot of lonely nights and days filled with worry. But there is also something so special about those moments when you are reunited with your loved one.

“It makes you appreciate small things like being able to call each other whenever you want or grabbing a quick bite to eat at Chick-fil-a. And oh-my-lanta, I can’t think of anything more handsome than a man in uniform.

“Looking at these two I can’t help but be nostalgic. I see two young people that have chosen each other over the opinions of the world. The optimism and excitement of starting a new life together. I see my baby brother grow into a man I not only love, but respect. And, I see a woman I am so proud to have in my life.

“I’m not too sure how Dalton convinced Elizabeth to use his favorite book and movie series as inspiration, but I’m glad he did. The wedding took place at Elizabeth’s childhood home in Swansea, SC, and the beautiful blue house you see is her family home.

“Elizabeth wore a beautiful long-sleeve lace Melissa Sweet gown and Dalton looked so handsome in his Army Blues. The guests snuggled up on bales of hay as the wedding party entered through a beautiful white door with cotton accent.”

“They were married by Elizabeth’s youth pastor and her cousins played a beautiful song during the unity candle, which proved quite hard to light because it was super windy out! Thankfully, they both saw the humor in the situation and were finally able to light the candle — for a couple seconds at least!”

“The reception was in the family’s shop which they magically transformed into this beautifully intimate space. From the Gryffindor ties to the hanging candles, these two managed to pull of a very budget friendly and stunning wedding. I think J.K. Rowling would be quite impressed!

“Every detail of this wedding had a very personal touch and many family members participated (as you can see by the vendor listing at the bottom). The ‘awww’ moment of the night was during the Father-Daughter dance when her father stepped away and let the MOH’s dad, who helped take care of Elizabeth growing up, dance with her. I cried. It wasn’t a pretty cry either.”

“There was also a spectacular firework display that night — think Fred and George Weasley in Order of the Phoenix!” 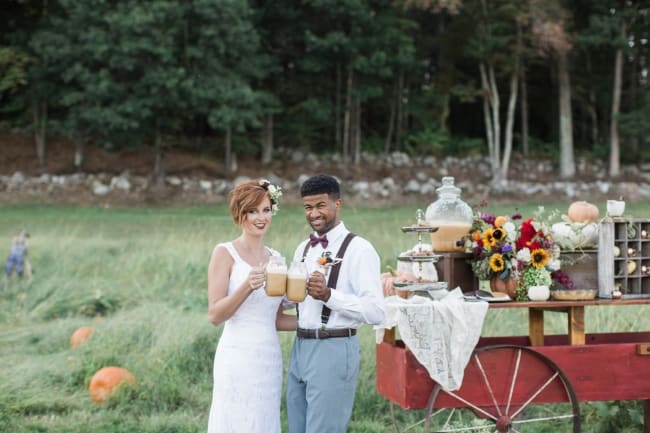 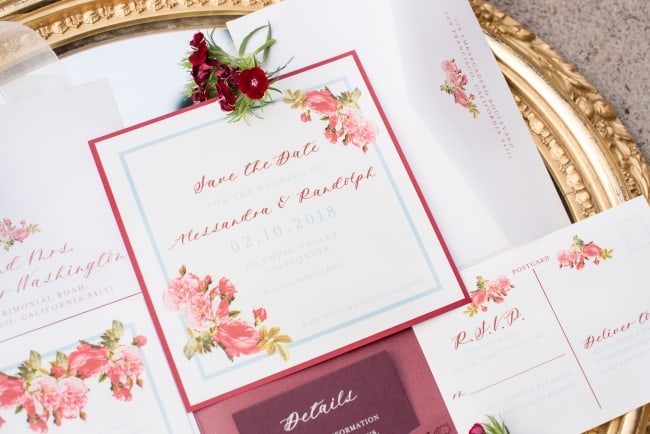 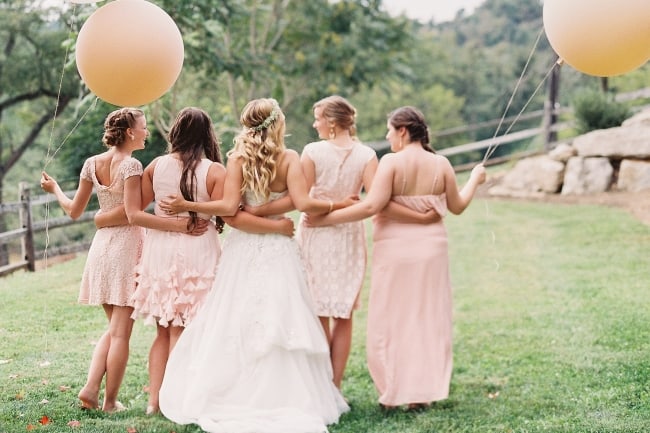