“The couple exited into a private dinner downstairs and couple’s portraits by the lake. Captain James was accompanied by his marine groomsmen, who formed a sword arch on their entry into the ballroom for their reception.

“As is tradition, the couple also cut the beautiful cake with Duncan’s gigantic sword!

“Austin country band played hit after hit as the reception danced the night away, before their sparkler exit to the resort golf cart that whisked them away!”

“We had a spring wedding so we wanted to keep our colors light. My husband is in the Marines, so I also wanted to include a touch of patriotism.  We decided on a light blue and royal blue color palette.”

“We kept our decorations simple and elegant.  The linens were royal blue, which we rented from Premier Events.  The centerpieces were a mix of light blue, royal blue, and white hydrangeas with a lot of greenery.

“We chose Bouquets of Austin to create our centerpieces and bouquets.  I also wanted a touch of gold on the tables, so we had gold chargers and gold vases and stands.

“To add some light, we included small votive candles around the centerpieces.  The only decoration that was DIY was the table numbers.  I found table numbers on Etsy that came on ecru cardstock, which matched the color of our wedding stationary, and I put them in 4×6 clear picture frames with a gold border.”

“The florals were stunning!  Because we had a spring wedding, I wanted a lot of greenery in the centerpieces and bouquets.

“The primary flower we used was the hydrangea, which is one of my favorite flowers.  The florals in the ceremony backdrop look amazing in our wedding photographs.

“The night before the wedding I had a dream (or maybe you could call it a nightmare) that the flowers were not at all what I ordered.  Luckily that was not the case in reality!

“When the bouquets were delivered to my bridal suite, they were so beautiful and perfect that I was overcome with emotion. It was that feeling you get when everything has come together just as you imagined, and after all of the months of planning the day has finally arrived that I get to marry and spend the rest of my life with my best friend.”

“My husband is a Texas Tech grad, and one of the biggest fans I know.  It just so happened that Texas Tech’s basketball team made it to the Final Four in the NCAA tournament, which was the same date as our wedding.

“The game was being played right in the middle of our wedding.  Knowing that my husband is a HUGE fan, and half of our guests were Tech grads, we set up a TV in the foyer so our guests could watch the game.  Cory got some really good shots of my husband hollering at the TV!

“We also chose the Rick Cavender band, who has played at several family events and plays a good mix of rock, country, and the classic wedding songs that everyone loves to sing and dance.”

“Because my husband is a Marine, he wore his dress blues.  I wanted my look to be elegant and classy.  I chose a lace ivory dress with a blush undertone.  The dress had cap sleeves and keyhole back.  I wanted to show off the back of the dress while keeping my hair down, so my hair stylist (Sarah Sallis with Wander Salon) created a side swept Hollywood vintage look.  I like to keep my look natural, and my makeup artist (Houston Puryear Ward) was able to create a stunning natural look that played up my features without looking overdone.”

“My husband’s father is a partner at the first law firm I worked at after I graduated law school.  His son Duncan (my future husband) was in town on leave before deploying to Afghanistan, and Duncan’s dad arranged for a few of the associate attorneys to meet Duncan at a happy hour.

“We instantly hit it off and remained friends for several years before we started dating.  Last summer Duncan was deployed to Germany for a few months.  I flew to Germany to visit, and we planned a trip to Monte Carlo, Monaco and Spain.  The day Duncan proposed, we were flying from Germany to Nice.

“While at the airport in Germany, Duncan’s carry on luggage was searched by security.  During the search, they pulled out the ring box and asked him what was in the box.  Suspicions were raised when Duncan  tried to be coy about what was in the box because he didn’t want to ruin the surprise.  He finally got through security without me realizing any of this was happening.

“When we were on the plane to Nice, we were reading a magazine and there was an article about the 4 Cs of a diamond.  To throw me off, Duncan asked me, ‘What is the difference between color and clarity?’

“At that point, I just knew that this trip was not going to result in a proposal because anyone who has been shopping for engagement rings would be educated on the 4 Cs. When we finally made it to Monte Carlo, we had drinks and took a walk in the gardens along the coast of the French Riviera.  It was so beautiful and right as I was thinking how this would be a perfect place for a proposal, Duncan popped the question!”

“One of the most special moments of our wedding day was when we were standing together exchanging our vows.  The subtle looks and smiles and lightly spoken words we exchanged just between the two of us were so intimate and special.

“My second most special moment was after the wedding.  We went back to our honeymoon suite, changed into some comfortable clothes and sat on our patio having drinks, listening and dancing to country music, and of course rewatching the Texas Tech game.

“Duncan has always said he knew I was the one because he couldn’t imagine sitting on the porch having a beer with anyone else.  And that is exactly what we did at the end of the night.

“Remember that this is about you and your significant other committing to each other for the rest of your lives.  It is easy to get caught up in the planning and opinions of others and you can lose sight of what is really important.

“It was important to me that Duncan was involved every step of the way, from the colors to the koozies.  By involving Duncan, we were able to put into practice skills that will help us have a successful marriage such as communication and compromise.” 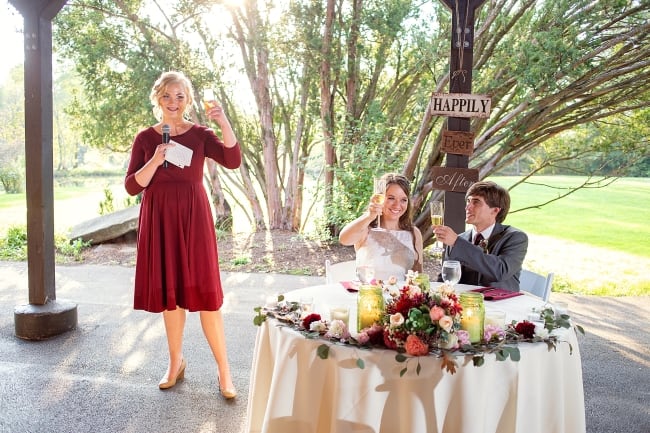 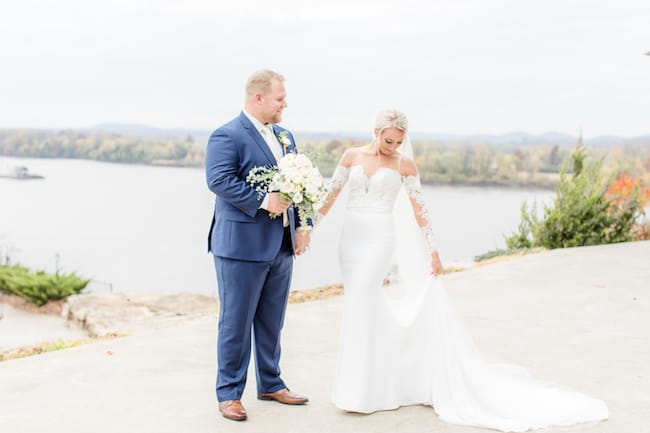 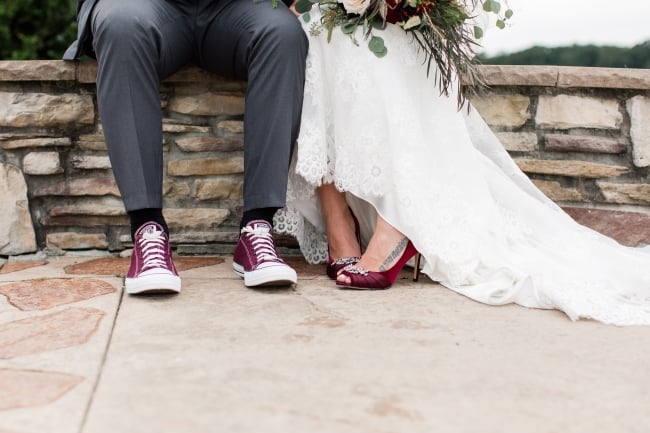