How did you two meet?

“We met in Mrs. Fee’s 5th grade class. We knew each other but not well. Kami thought Sean was cute. We were then reintroduced during our high school orientation and ended up having 3 classes together. Thus began our awkward teenage relationship.

Tell me about the proposal?

“Sean was in town for the summer, he was attending NMSU for grad school. It was wedding cake and graduation season so Kami was super busy at work, also earlier that week Kami had been rear ended.

“Sean had mentioned going on a picnic. Sean packed sandwiches, snacks, and other treats. Kami had to work overtime at work that day then they had to drop off her car at the mechanic for an estimate, thus making them very late for their picnic date.

“Once everything was taken care of Sean and Kami went to Carkeek Park and Sean being a little impatient for an unknown reason spent a good 15 minutes looking for a ‘good picnic spot.’ Sean unpacked the picnic blanket and food. Before they could eat too much Sean tried to get Kami to stand up while he was on his knees (by saying ‘I’m taller then you’) causing Kami to become suspicious. He then pulled the ring out of his pocket, proposed, and revealed fancy reservations at the Melting Pot.

I would love to hear about your vision, the unique details that you infused, any DIY projects that you did, etc?

“For the wedding Jaimee was really able to get a feel of what I wanted. We had a romantic type feel with our deep red and dark purple colors. I wanted a nice almost classy with a little bit of bling. DIY we did mason jars with chalkboard stickers on them. I designed different animal and leaf shapes, we had I think 7 different designs.

“I also designed a monogram that we stamped on each jar. These jars were for people to use throughout the night and to take home with them. I also made the cake topper with oven bake clay.

What was your wedding theme?

Woodsy, classy, romantic, with a little bit of bling.What colors were used? Deep red and dark purple.Please tell me what flowers were used in the centerpieces and other elements. Wide range of flowers, including lilies, hydrangeas, roses, etc.

Highlights from the Ceremony and Reception

“From the ceremony, our vows. We had my brother preform the ceremony, wrote our own vows, and included our own touches. We are not religious so instead of having a typical bible quote we quoted Dr. Seuss.

We’re all a little weird. And life is weird. And when we find someone whose weirdness is compatible with ours, we join up with them and fall into mutual weirdness and call it love.

“Also, my brother had us play rock-paper-scissors to see who read their vows first. It was very personal, we made everyone cry and it was perfect.”

“For the reception, I loved that it was just a huge party with all of our friends and family and they played only good music! I always heard that towards the end of the wedding the bride and groom are so exhausted they just want to leave early, I was having so much fun I didn’t even realize how late it was until the DJ announced that we were on the last song, time went so fast and we were having a blast.

“Before the cake cutting, a champagne cork shot up and broke a light above the cake and covered it in shards of glass. Total freak accident that scared the bajeezes out of everyone, but no one got hurt. It was super sad as the cake was ruined. It is a good story (and kind of ironic) that me, a cake decorator (a.k.a cake snob) had an emergency grocery store cake at my wedding. We were a little disappointed, but we did not let it bother us and the night was still fantastic.

“You just have to remember one thing going wrong doesn’t have to ruin your whole night, take pleasure in the fun and make humor out of the not so great.”

Best advice you received while planning your wedding?

“Pinterest! I loved Pinterest, it was perfect for getting and sharing ideas. Also, don’t be afraid of saying you don’t like something or working off other ideas to make yours fit your style/interests. Be open to ideas from the people who actually know what they are doing, and put your faith in their skills and ability. There were definitely times when Gina (florist) and Jaimiee (wedding planner) would get super excited about an idea they had, I let them just run with it and everything they did was absolutely gorgeous. There is no way I would ever have thought of everything by myself.”

Tell us about your Honeymoon

“We went to Salish Lodge and Spa at Snoqualmie Falls for our honeymoon. It was really nice and we were able to go hiking around the area. It was local and affordable but still a great get-away.” 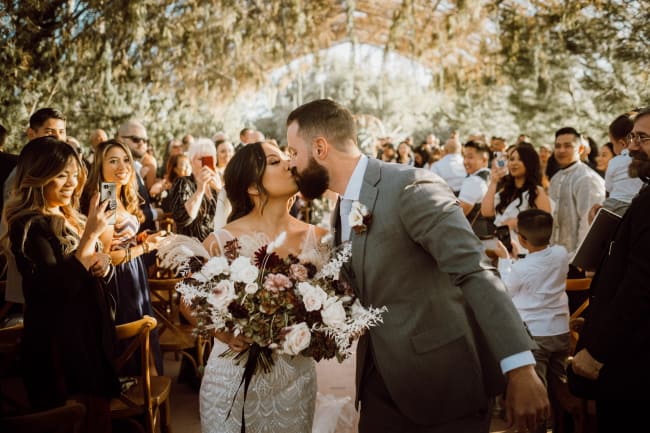 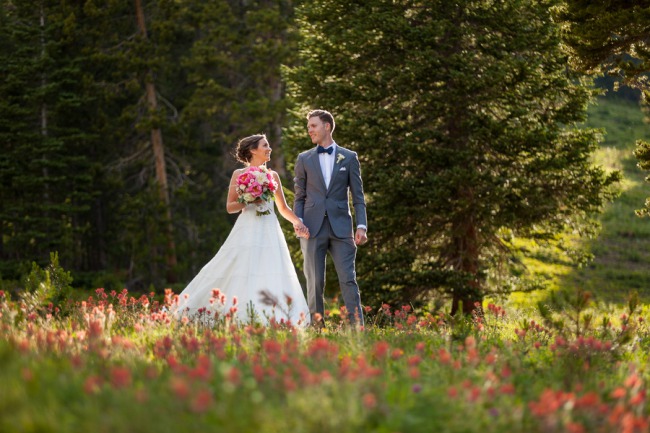 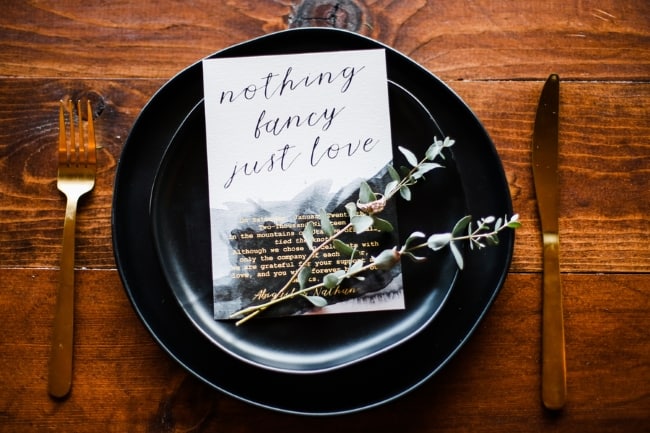