Photographer’s Comments: “Originally from New Orleans, Katie definitely wanted a traditional Southern wedding and being outside was really important to her and Trey.

“This was a destination wedding for them and they chose Nashville because it was a great place for family and friends to meet in the middle.

“They chose CJ’s Off the Square because it was all-inclusive and provided both a beautiful garden setting, had lots of Southern charm and also offered planning services along with the venue.

“Both Katie and Trey love Disney and this into some subtle and not so subtle details of the day. We just LOVED their choice of coral, copper and dusty blues for the reception. It was colorful but also really romantic and elegant. A beautiful day for a beautiful couple!”

“I was actually determined to hold off on any prior wedding planning until we were engaged, because I really wanted the big day to reflect both of us. The tough part of this was that my husband and I can have such different tastes and styles! I love neutrals and soft colors, and he loves his colors bold and bright. We settled on the idea of a “magical autumn sunset” theme (it makes sense with where we met!) Those dusty blues gave me some soft color I loved, and the copper and coral pops were great for early fall and brought out that whimsical feel of a magical garden wedding.

“I’m from New Orleans and he’s from east Tennessee, so I made sure to bring in some of my background since we chose a Tennessee venue: I wanted to add some fleur de lis, a second line, and the traditional “cake pull.” We are both Christians, so our church pastor officiated and my godmother and his uncle read some of our favorite bible verses, which was a very special part of our day.”

“We were so fortunate to have so much help from our amazing coordinator and the decorations provided by the team at Cj’s, but since I wanted copper metallics in my decor, I collected many items in the few months before the wedding. I found copper terrariums, votives, chargers, mule mugs, and lanterns to intersperse with the mercury votives and copper trimmed plates and cutlery provided by Cj’s.

“We also worked with a very creative florist who made that copper sweetheart table decoration that gave such a magical vibe!

“For our ceremony, we created the programs and the unity ceremony items. Since the unity of our two families was so important to us (as we are from two separate states,) we wanted something to represent us growing together.

“His mom made one jar with an outline of Tennessee and one with an outline of Louisiana. So we took the two jars and asked each of our moms to fill them up with dirt from our homes. At the ceremony, we poured the dirt from both jars into one flower pot with our wedding date on it, planted a few bulbs, and watered the soil together. It was so fun!”

“I wanted the florals to contribute to the overall theme, especially since it was set in such a lovely garden. We incorporated flowers and vines around the gazebo we got married in front of as well as on tables and in the main decorations around our sweetheart table.

“The bridesmaids bouquets were used as some table centerpieces as well after the ceremony.

“My florist and I had a lot of fun planning the flowers in my bouquet since I wanted to create something unique and wanted to use different textures to create a whimsical and timeless arrangement. We used the rust colored orchids, blue hydrangeas, dahlias, thistles, eucalyptus, and garden roses featured in that bouquet throughout each arrangement and even on our wedding cake!”

“My favorite part of the wedding was sitting with my new husband and looking out at our friends and family coming together and enjoying the night.

“We created a signature cocktail called “Apple’y Ever After” and made a his and hers version using apple Cider and red apple slice for mine and apple juice and green apple slices for his. Our guests loved the idea and still ask for the recipes.

“Also the cake pulls! In the cake pull tradition, the single girls pulled a bracelet with a special New Orleans themed charm out of the cake before its cut. The charm is supposed to act as a fortune. In fact, the girl who pulled the “next to marry” charm was recently engaged, my friend who pulled the “life of the party” works in party/event coordinating, and the bridesmaid who pulled “future traveler” has new plans to travel! It was a fun moment for everyone that we still talk about months later!”

“I wanted an A-line dress that had a unique, lacy back and lace details. I also couldn’t go without a classic veil with matching lace trim.

For my shoes, I went with some ivory badgely’s with some sparkle, strap around the ankle, thick heel (for comfort), and a peep toe. They stayed on the WHOLE day and night, believe it or not, and I danced constantly! I thought the ivory, lace, and classic shapes would fit with our garden venue.

“My ladies tried on a dusty blue dress that was the exact color I wanted and I paired them with copper strappy heels, so that was surprisingly effortless.

“Most of the planning came in for the guys: I wanted Trey to stand out from his groomsmen but also have pieces of the outfit that matched his guys’ to keep things uniform.

“We decided to get his suit custom made with a lighter charcoal grey material that looked nice with the ivory and champagne colors of my bridal gown and the groomsmen wore a light gray with coppery-colored shoes. They wore a thistle  boutinniere for another color pop.

“We also did a special pop of copper color through Trey’s pocket square and went with matching dusty blue ties that he gifted to his groomsmen.”

“In fall 2012, Trey and his best friend started a group video chat with other members of a Facebook group for college students interested in joining the Disney College Program.

“I flew out to Nashville to audition to perform in the Disney parades, and Trey and his friend drove to meet me for the first time. Together, we rode in the back of his friend’s car as a group of us decided to spend our fall break at Disney World, thus our first day together was spent on the road and ended with a firework show called “Wishes” at Magic Kingdom.

“We worked during the Disney College Program in the spring 2013 semester and we stayed together long distance until I moved to Tennessee for graduate school in 2014.

“In May 2017, we took a family trip back to Disney World, and they recently debuted a new firework show called Happily Ever After and Once Upon A Time.

“He proposed in front of Cinderella’s castle after that show!

“My roommate from the Disney college program and his friend that drive us to our first Disney trip together 6 years prior stood in our wedding.”

“I couldn’t want to see him for the first time on that day. I imagined that moment for so long, and for a while we were torn between the traditional first look while walking down the aisle and doing a first look alone. Our photographers helped us make the right choice for us, and we’re so happy we chose an intimate first look. It helped relieve some nerves, and we were completely focused on each other and embracing the fact that we were about to be husband and wife. Not to mention some of my favorite photos was during that first look. After that moment, it was all such a calm and fun time. (PS: another anticipated moment was for him to see the Toy Story/ Buzz Lightyear themed groomsmen cake I planned as a surprise for him. That cake was something we were really looking forward to as well!)

Q8: Do you have any advice to share with other couples planning their day?

“My advice: trust the planning to a team of professionals who know what they’re doing.

“During my year and a half long engagement, I started a new job, got a puppy, and bought a house, and none of that could’ve happened without all the people who assisted us and kept us on track. They even helped me feel at-ease during the big day that some people describe as the most stressful and quickest day ever. I remember every moment thanks to them.

“Second, if you can downsize how many people to invite, I HIGHLY recommend it. The people who mattered most were there, and we all had more fun than we would’ve had with twice as many people. Plus, save that money for their seats for something else!

“Lastly, while planning and during the fun of wedding festivities, remember to focus on what will matter after that day. That could help you choose what to prioritize when spending money.

“For example, I’m thankful for the wedding photos and videography as well as the unique florals and major pieces of decor that made those pictures even more spectacular, but other details and minor frustrations simply don’t matter in the big picture.

“Just focus on who you’re marrying and enjoying that special time you have together with your loved ones!” 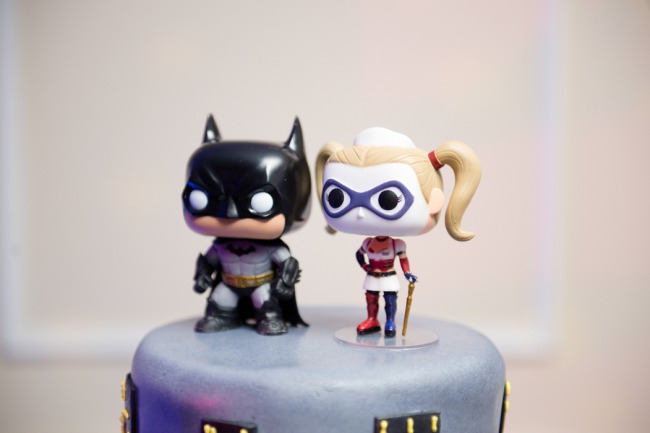 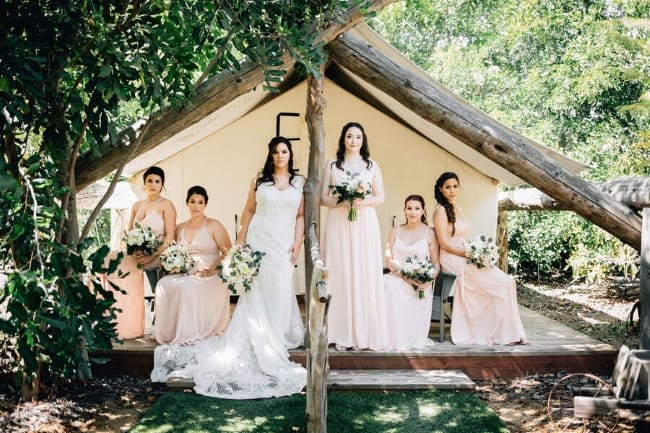 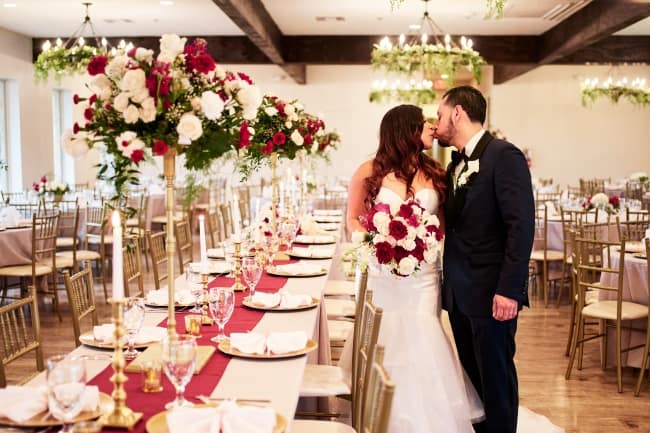