Sweet and thoughtful touches highlight this chic country wedding at Apple Tree Lane B&B. What really caught my eye was the bride’s spaghetti strapped Maggie Sottero Gown. Don’t think you can go buy this particular dress in any bridal salon. The bride added lace from her mother’s wedding gown to make it absolutely one of a kind spectacular!

Remarks from the Photographer: “Stephanie and Dalton planned the most beautiful September wedding. The ceremony took place at a Wisconsin bed and breakfast in a small clearing beneath arches of trees with a river running alongside. Guests sat on bales of hay covered in vintage linens and the couple said their vows under an archway of greens with patches of sun breaking through. Both the bride and groom were completely relaxed and anticipating this moment for which they had waited seven years. Food was catered into the family barn, strings of lights hung floor to ceiling, and fresh ivory linens covered all the tables.”

(Remarks from the bride)

What was the overall theme for the ceremony and reception?

“I’ve described my wedding theme as both country chic and as burlap and lace.”

Where did you buy your wedding invitations?

“I bought my invitations online from Wedding Paper Divas. They have a ton of styles and can send you a sample.”

“The bridesmaids all had long dresses with different styles on the top. All their dresses were bought online at CDdresses.com. They were all able to find they’re own shoes, they just had to be grey.”

What were the highlights from the ceremony and reception?

“The little touches that we added to the ceremony like the flavored water for our guests was a great hit in the hot sun.  I also really enjoyed the unity ceremony – we both poured dirt from separate jars into a planter that held a tree.  One highlight from the reception that stands out in my mind was the wish lanterns we lit and set off into the night.”

“My dress was designed by Maggie Sottero and had spaghetti straps, a v-shaped neckline and bonus pockets for the just in case tissues. The lace over the top was off of my moms wedding dress. The dress name (before I altered it) was Stephanie, so it was meant to be!”

“My bouquet had white David Austin roses, greenery, and little purple blooms. The bridesmaids bouquets were purple hydrangeas and white ranunculus with greenery all around the edges. The groom’s boutonniere had the same flowers as my bouquet, and the groomsmen had the same flowers as the bridesmaids bouquets. The flowers at the reception were a random mix put together by the florist in white, purple and light pink. Daltons boutonniere had a lock and my bouquet had a key.”

What did you give your bridesmaids as gifts?

“My bridesmaids gifts were light purple sweatshirts that had Stephanie and Dalton, September 13, 2014 on the breast. Then on the back it said ‘Bridesmaid’ and underneath was the number of years I’ve known each bridesmaid. They were made to look like jerseys.”

What wedding favors did you give your guests?

“My favors were can koozies, which had our names and wedding date on one side and a picture with two fish and a hook that said ‘two less fish in the sea’ on the other side.”

Where did you go on your Honeymoon?

“We went to Door County for three nights, where we stayed at the Chanticleer Guest House – a beautiful little B&B in a converted barn. The other three nights we camped at the East Arbutus Campground in Hatfield, Wisconsin.” Want to check out another great wedding at Apple Tree Lane B&B we previously featured? 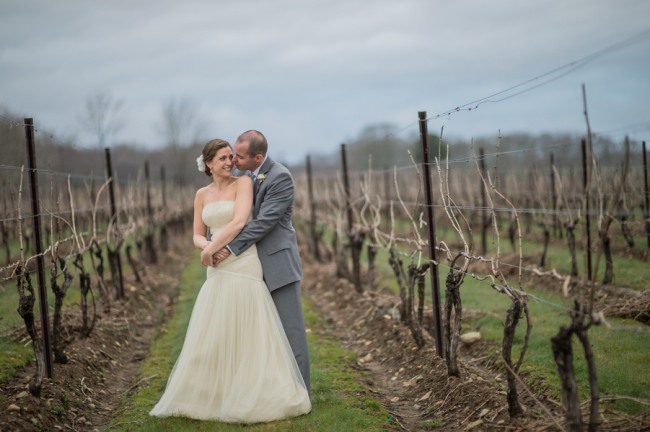 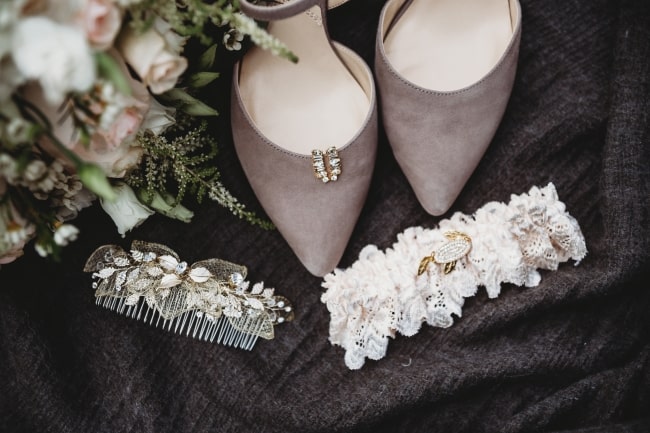 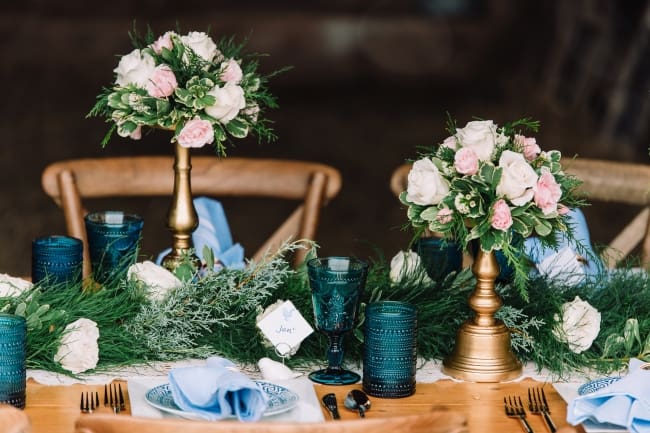