I love finding a couple that aren’t afraid to break from the traditions and have a wedding that truly reflects their personality. Today’s wedding ceremony was hosted at one of Arizona’s finest venues – The Phoenician Resort. The couple opted to have a brunch for their guests at a local restaurant rather than waiting to have a dinner reception.  This allowed for an energetic morning wedding with the rest of the day spent with guests and each other.

The ceremony was filled with beautiful sage and soft pinks, while the reception was filled with many cute and personal ideas.  Captured by Ryan & Denise Photography, this bride and groom planned a smart wedding and enjoyed every minute of their day!

Remarks from the bride: “One of my favorite memories is actually the story of how Josh and I met. I was still in college, looking for some emergency medicine experience before applying to medical school. I decided to shadow at a fire station nearby and ride along with one of the engines on all of their calls. I thought this would be a great way to become familiar with the role of a first responder, as well as observe some pretty intense medical calls. I had been shadowing at the fire station frequently throughout the summer, and I was surprised when I met Josh, an irregular to the station, who was filling in for another fireman that happened to be sick that day.

“Throughout the day, I was able to chat with Josh at the fire station and interact with him while riding in the back of the fire truck. Before I left the station that day, we ended up exchanging numbers and going on our first date the following week. It was probably just his goofy charm that got me, but I still like to think about how circumstantial and how unlikely it was that Josh and I met.

“I wore a white, lace form fitting gown that was strapless. Inside my dress, a small heart, taken from Josh’s fireman work shirt, was sewn into my dress over my own heart. I wore small, diamond, ball stud earrings with a simple, single diamond necklace. The diamond in my necklace was taken from my grandmother’s wedding ring. My bridesmaids wore sage green chiffon dresses that were all short in length, but with varying necklines. They all wore the same earrings that I did, as well as, a single pearl necklace. The groom wore a dark grey tuxedo with a solid, long, dark grey tie. The groomsmen also all wore dark grey tuxedos, however, their tie was a striped sage color.”

“Our wedding was a medium sized wedding with 120 guests. The guests consisted of family and our closest friends. The ceremony was outdoor on a small, private lawn with a white gazebo at the front. Behind the gazebo was a waterfall backdrop. We decided to do a morning wedding because it gave us a more casual and bright feeling! During the ceremony we incorporated a wishing tree. We had our parents and grandparents come to the front and tie tags with well wishes onto the tree. It was a fun tradition, and the greenery of our little wishing tree added to the decor of the ceremony site.”

“The overall look and feel was rustic, natural, relaxed, and fun! The ceremony decor was relatively simple, as it was an outdoor space that already had lots of greenery. The bouquets were a mixture of shades of ivory, soft peach, and sage green leaves. There was also a central gazebo at the ceremony site that was decorated with a main floral accent across top. Foliage was wrapped around each of the side pillars along with a few floral accents. However, I was able to use a mixture of white wildflowers to hang in small mason jars with on a few of the seats along the aisle.”

“The reception music was very casual and light-hearted with a slight emphasis on country music since we both love a little country music every now and then. The reception space at a nearby restaurant was a bright and open with tons of windows to allow for natural light. The building itself has somewhat of an industrial/farmhouse shape. Because the reception site was already prepared as a fully functioning restaurant, we were able to offer 5 main entrees for each guest on the day of the event. The dishes included: a seasonal salad, a meatball sandwich, bolognese, Atlantic salmon, and chicken parmesan. All were delicious choices and fun to have for lunch! To make things unique, we toasted with root beer floats in stead of traditional champagne!”

“After the ceremony, we chose to ride in a vintage car to the reception site. It was an exciting experience for both of us to celebrate after officially getting married! We incorporated a puzzle guestbook because we both love to do puzzles together when we go on vacation or have free time! We had a special puzzle made (a picture of the two of us) and had each guest sign a single piece. We also decided to toast with root beer floats instead of champagne – we love ice cream and root beer floats are just so much more fun! Finally, we chose to have cupcakes instead of a tiered cake because we felt they would add to the casual/fun feeling of our reception.”

“For the entire reception the white wildflowers were used again and placed in blue/green mason jars on each table. I used small white lanterns on each table as table numbers with a hanging number tag. The tables at the reception location were already wooden and rustic-looking, so I just placed a burlap table runner with an additional linen runner on top of each table.The decor was very minimal because we already loved the modern decor of the reception space and felt there wasn’t much that needed to be added!”

“Five years later, Josh still hasn’t been assigned to work at that same fire station since the day we met. Josh and I have also been together for five and a half years, and we just celebrated our two month anniversary of married life!

“Another one of my fondest memories is the story of our engagement. During a summer trip to Glacier National Park in Montana, Josh planned a morning hike through the woods. This was the final day of our trip and we had just enough time to do a little bit of hiking before heading home. Of course, I had no idea what was really in store for the day, and that my messy hair and entire morning routine would soon be regretted. I began to sing loudly as we started walking down a thick forest trail to be sure that we would not run into any unsuspecting bears. After about half a mile of walking and singing, the trail opened up to a wooden bridge overlooking a gorgeous waterfall. Halfway across the bridge, Josh got down on one knee to propose. I turned around to see him and of course I said yes!

“It was a perfect setting that incorporated our love for nature and adventure. I was completely surprised and caught off guard. We both laugh now about how silly I was that morning, but it just makes me think that he must really love me to be able to handle my weirdness.”

“We both loved how fun and relaxed our wedding was! One of our main goals was that our wedding was intimate enough so that we had the chance to see and celebrate with all of our guests! We really felt like the entire ceremony and reception went so smoothly because we had so many close family members and friends there helping us the entire way! We loved having the wedding in the morning, as well, because we were fresh in the morning and it was fun to have time to talk about the entire event together at the end of the day without being exhausted. Our wedding was the perfect setting for a causal and intimate celebration!” 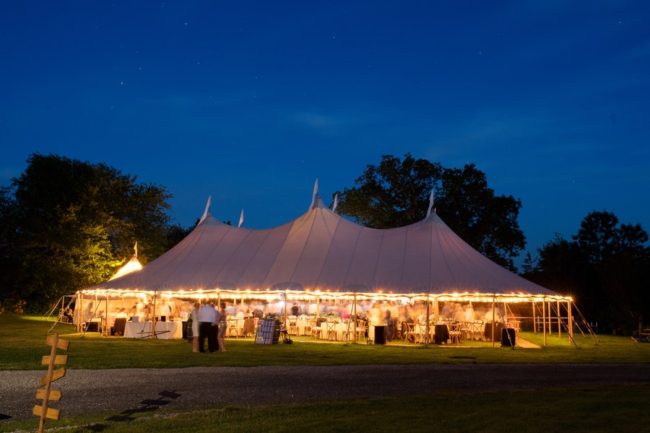 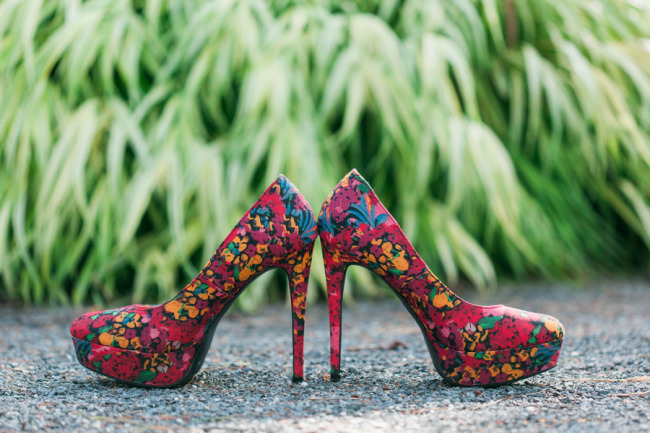 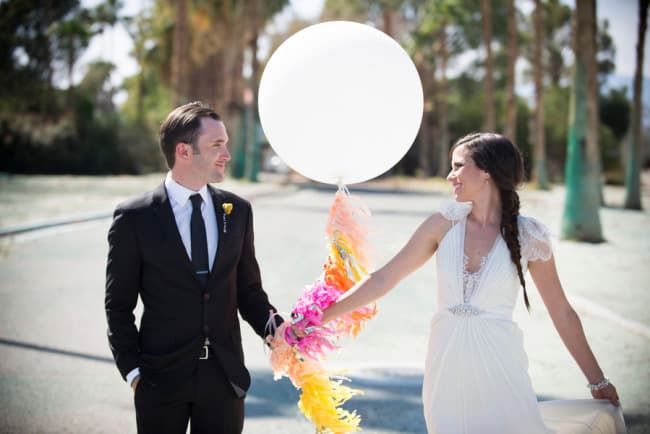